The Plymouth Puritans and the Beginning of English New England 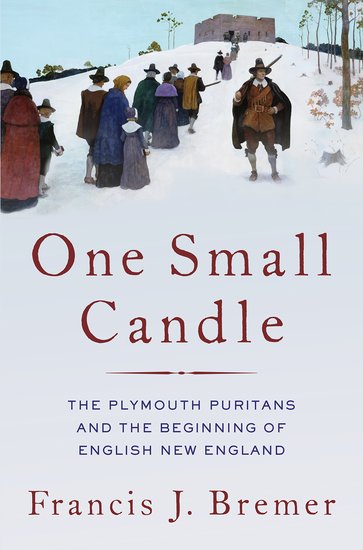 The Plymouth Puritans and the Beginning of English New England

Publishing on the 400th anniversary of the landing of the Mayflower, One Small Candle highlights the religious beliefs and practices of the men and women who founded the Plymouth Colony and how the example of their community influenced the political and cultural foundations of English New England.

Four hundred years ago, a group of men and women who had challenged the religious establishment of early seventeenth-century England and struggled as refugees in the Netherlands risked everything to build a new community in America. The story of those who journeyed across the Atlantic on the Mayflower has been retold many times, but the faith and religious practices of these settlers has frequently been neglected or misunderstood.

In One Small Candle, Francis J. Bremer focuses on the role of religion in the settlement of the Plymouth Colony and how those values influenced political, intellectual, and cultural aspects of New England life a hundred and fifty years before the American Revolution. He traces the Puritans' persecution in early seventeenth-century England for challenging the established national church and the difficulties they faced as refugees in the Netherlands in the 1610s. As they planted a
colony in America, this group of puritan congregationalists was driven by the belief that ordinary men and women should play the deciding role in governing church affairs. Their commitment to lay empowerment and participatory democracy was reflected in congregational church covenants and inspired the earliest
political forms of the region, including the Mayflower Compact and local New England town meetings. Their rejection of individual greed and focus on community, Bremer argues, defined the culture of English colonization in early North America.

A timely narrative of the people who founded the Plymouth Colony, One Small Candle casts new light on the role of religion in the shaping of the United States.