Encounters with the People's Republic 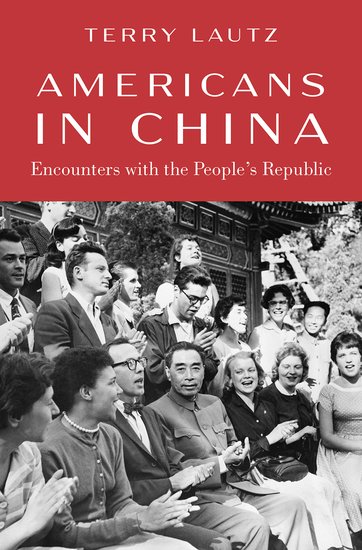 Encounters with the People's Republic

Americans in China tells the dramatic stories of individual women and men who encountered the People's Republic of China as adversaries and emissaries, mediators and advocates, interpreters and reporters, soldiers, scientists, and scholars.

Americans in China tells the dramatic stories of individual women and men who encountered the People's Republic of China as adversaries and emissaries, mediators and advocates, interpreters and reporters, soldiers, scientists, entrepreneurs, and scholars.

In Americans in China, Terry Lautz provides a series of biographical portraits of Americans who have lived and worked in China from before the Communist era to the present. The pathbreaking experiences of these men and women provide unique insights and deeply human perspectives on issues that have shaped US engagement with the People's Republic: politics, diplomacy, education, business, art, law, journalism, and human rights.

For each of these Americans, China was more than just another place: it was an idea, a cause, a revolution, a civilization. Some of them grew up in China while others were motivated by curiosity and adventure. Some believed Red China was an existential threat while others looked to the People's Republic as a socialist utopia. Still others—including a number of Chinese Americans—worked to improve US-China relations for personal or professional reasons.

Looming over their narratives is the quandary of whether divergent Chinese and Western worldviews could find common ground. Was it best to abide by Chinese norms, taking into account China's unique history and culture? Or should individual civil and human rights be defended as universal? Would China move in the direction of Western-style liberal democracy? Or was the Communist Party destined to follow an authoritarian path? The figures in this book had distinctive answers to such questions.
Their stories hold up a mirror to our two societies, helping to explain how we have arrived at the present moment.