The Oxford Handbook of Economic Imperialism 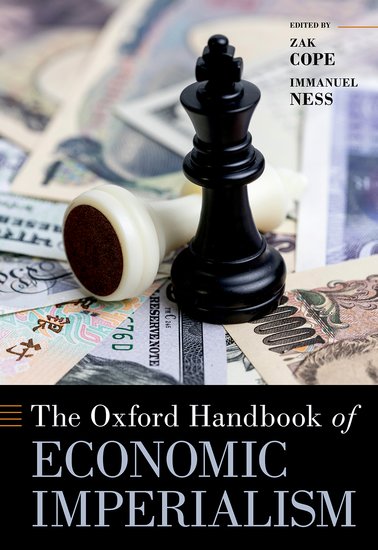 The Oxford Handbook of Economic Imperialism

Including thirty-four chapters written by academics and experts in the field of international political economy, The Oxford Handbook of Economic Imperialism examines the history of economic imperialism from the early modern age to the present.

Imperialism has resurfaced as an area of scholarly study in recent years, particularly among those concerned with political economy and international relations. Do countries engage in foreign intervention and "just war" because they feel a responsibility toward the international community? Or are these actions rationalizations for the pursuit of commercial, industrial, financial, and military interests? Around the world, economies, cultures, politics, laws, and
nation-states are profoundly shaped by imperialism, both historical and contemporary.

Including thirty-four chapters written by academics and experts in the field of international political economy, The Oxford Handbook of Economic Imperialism presents comprehensive theoretical, empirical, and historical accounts of economic imperialism from the early modern age to the present. Over the course of three sections, the Handbook looks at the theory and concepts behind the study of imperialism, the international political economy of imperialism, and imperialism in
various regions of the world today. In so doing, the Handbook demonstrates the persistence of economic imperialism in today's postcolonial world, and the enduring control wielded by great powers even after the end of formal empire. Moreover, the Handbook reveals how emerging powers are expanding economic control in new
geographic and geopolitical contexts, and highlights the significance of economic imperialism in the structures, relations, processes, and ideas that sustain poverty and conflict worldwide.

The Oxford Handbook of the Sociology of Latin America 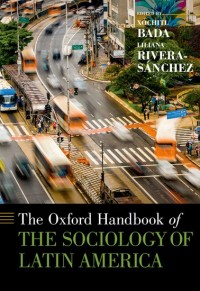 The essays included in this volume provide both an assessment of key areas and current trends in sociology, specifically with regard to contemporary sociology in Latin America, as well as a collection of innovative empirical studies. The New Addiction Treatment explores the shortcomings of traditional addiction treatment methods and discusses how addictoin treatment could be made more effective. By exploring science-based therapies and interventions, David A. Beyond Interdisciplinarity is the first book to present a conceptual framework for thinking about inter- and trans-disciplinary as well as cross-sector boundary work. The approach in this book accounts for the dynamics of communicating, collaborating, and learning across disciplines.