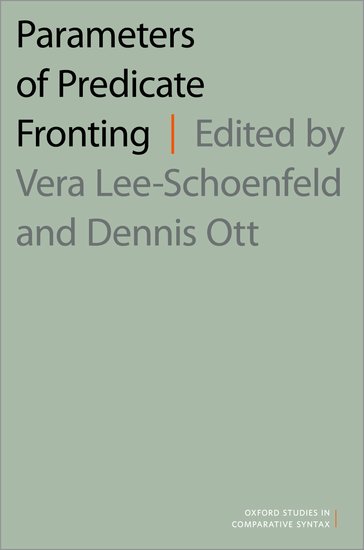 In Parameters of Predicate Fronting, Vera Lee-Schoenfeld and Dennis Ott bring together leaders in the field of comparative syntax to explore the empirical manifestations and theoretical modelling of predicate fronting across languages.

Many of the world's languages permit or require clause-initial positioning of the primary predicate, potentially alongside some or all of its dependents. While such predicate fronting (where "fronting" may or may not involve movement) is a widespread phenomenon, it is also subject to intricate and largely unexplained variation.

In Parameters of Predicate Fronting, Vera Lee-Schoenfeld and Dennis Ott bring together leaders in the field of comparative syntax to explore the empirical manifestations and theoretical modelling of predicate fronting across languages. There exists by now a rich literature on predicate fronting, but few attempts have been made at synthesizing the resulting empirical observations and theoretical implementations. While individual phenomena have been described in some detail, we are
currently far from a complete understanding of the uniformity and variation underlying the wider cross-linguistic picture. This volume takes steps towards this goal by showcasing the state of the art in research on predicate fronting and the parameters governing its realization in a range of diverse languages.
Covering topics like prosody, VP-fronting, and predicate doubling across a wide arrange of languages, including English, German, Malagasy, Niuean, Ch'ol, Asante, Twi, Limbum, Krachi, Hebrew, and multiple sign languages, this collection enriches our understanding of the predicate fronting phenomenon. 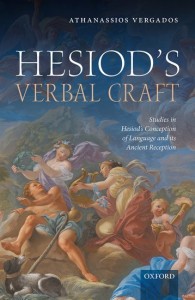