Fear of the Family

Guest Workers and Family Migration in the Federal Republic of Germany 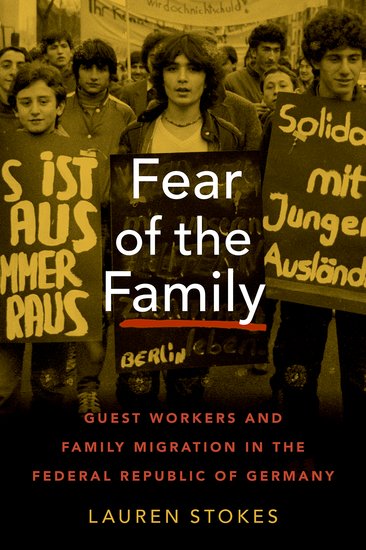 Fear of the Family

Guest Workers and Family Migration in the Federal Republic of Germany

Fear of the Family offers a comprensive postwar history of guest worker migration to the Federal Republic of Germany, particularly from Greece, Turkey, and Italy. It analyzes the West German government's policies formulated to get migrants to work in the country during the prime of their productive years but to try to block them from bringing their families or becoming an expense for the state.

Beschrijving Oxford Studies in International History: Fear of the Family

Beginning in 1955, West Germany recruited millions of people as guest workers from Yugoslavia, Italy, Greece, Spain, Portugal, and especially Turkey. This labor force was essential to creating the postwar German economic miracle. Employers fantasized that foreign "guest workers" would provide labor power in their prime productive years without having to pay for their education, pensions, or medical care. They especially hoped that the workers would leave behind
their spouses and children and not encumber the German state or society with the cost of caring for them.

As Lauren Stokes argues, the Federal Republic of Germany turned fear of this foreign family into the basis of policymaking, while at the same time implementing policies that inflicted fear in foreign families. Workers did not always prove willing to live their work lives in the FRG and their family lives elsewhere. They consistently challenged the state's assumption that "family" and "labor" could be cleanly divided, defied restrictive and discriminatory policies, staged political protests,
and took their deportation orders to court. In 1973, the federal court legally recognized the constitutional right to family reunification, but almost immediately after the decision, the migration bureaucracy sought to limit that right in practice. Officials derided family migrants as a group of
burdensome dependents seeking to defraud the welfare state and demonized them as a dangerous source of foreign values on German soil.

In this sweeping look at what being defined as "family migrants" has meant for millions at the immigration office, in the courtroom, in the workplace, and in the family itself, Fear of the Family illuminates how racial, ethnic, and gender difference have been inscribed in the neoliberal West German welfare state.