There is widespread agreement that something must be done to combat anthropogenic climate change. And yet what is the extent of our obligations? It would clearly be unjust for us to allow global warming to reach dangerous levels. But what is the nature of this injustice? Providing a plausible philosophical specification of the wrongness of our present inaction has proven surprisingly difficult. Much of this is due to the temporal structure of the problem, or the fact
that there is such a significant delay between our actions and the effects that they produce. Many normative theories that sound plausible when applied to contemporaneous problems generate surprising or perverse results when applied to problems that extend over long periods of time, involving
effects on individuals who have not yet been born. So while states have a range of sensible climate change policies at their disposal, the philosophical foundations of these policies remains indeterminate.

By far the most influential philosophical position has been the variant of utilitarianism most popular among economists, which maintains that we have an obligation to maximize the well-being of all people, from now until the end of time. Climate change represents an obvious failure of maximization. Many environmental philosophers, however, find this argument unpersuasive, because it also implies that we have an obligation to maximize economic growth. Yet their attempts to provide alternative
foundations for policy have proven unpersuasive. Joseph Heath presents an approach to thinking about climate change policy grounded in social contract theory, which focuses on the fairness of existing institutions, not the welfare of future generations, in order to generate a set of plausible policy
prescriptions.

The Chemistry of Korean Foods and Beverages Chemistry of Korean Foods and Beverages combines research on flavor and food composition in Korean cuisine, allowing this book to appeal to food scientists and chemists alike.

Cybersecurity Awareness Among Students and Faculty 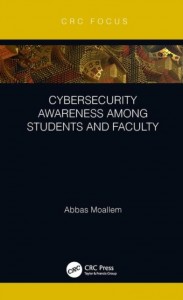 "In modern times, all individuals need to be knowledgeable about cybersecurity. They must have practical skills and abilities to protect themselves in cyberspace. What is the level of awareness among college students and faculty, who represent the most technologically active portion of the population in any society?