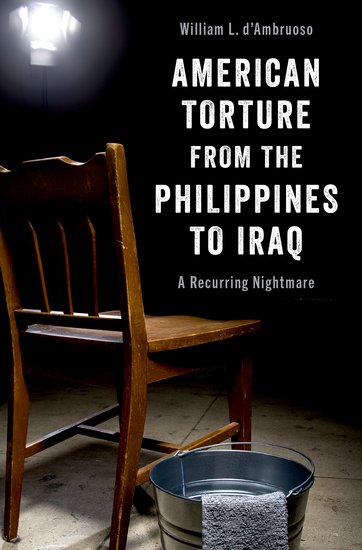 Beschrijving American Torture from the Philippines to Iraq

What explains the United States' persistent use of torture over the past hundred-plus years? Not only is torture incompatible with liberal values; it is also risky and frequently ineffective as an interrogation method.

In American Torture from the Philippines to Iraq, William L. d'Ambruoso argues that the norm against torture has two features that help explain why liberal democracies like the United States have continued to violate it. First, the norm against torture paradoxically contributes to the belief that torture works. In naming certain behaviors as appropriate, norms also define what is inappropriate. Some policymakers and soldiers believe (not always unreasonably) that in the nasty world of
international politics, cheaters—those who are willing to break the rules—have an advantage, especially in security matters. "Bad" becomes "good" because it appears effective, and rule-following is perceived as naïve and dangerous. Second, the anti-torture norm is not sufficiently specified to draw a
definitive line between norm-compliant behavior and violations. For example, it is impossible to specify exactly how many hours must pass before forced standing becomes torture. As a result of torture's blurry definition, perpetrators can justify their actions by suggesting that the adversary is guilty of worse behavior, by using euphemisms such as "enhanced interrogation," or by flatly denying that an act is torture. In short, lack of specificity leads to justifications and redefinitions,
which in turn enable transgressions. Drawing on previously overlooked archival testimony from the Philippine-American War (1899-1902), the Vietnam War, and the post-2001 war on terror, d'Ambruoso shows that the rationale for using torture has remained remarkably consistent throughout the past
century. 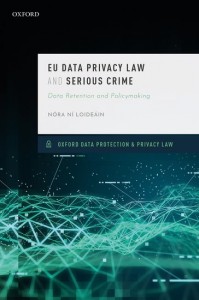 This book provides the first comprehensive doctrinal and comparative study to examine the influence of the fundamental human right to respect for private life on data retention within EU law, specifically communications data and passenger name record data, for the purpose of countering serious crime. 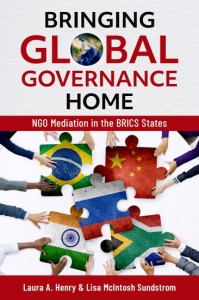 Since the end of the Cold War, states and civil society actors have worked together through global governance initiatives to address challenges collectively. While global governance, by definition, is initiated at the international level, the effects of global governance occur at the domestic level and implementation depends upon the actions of domestic actors.