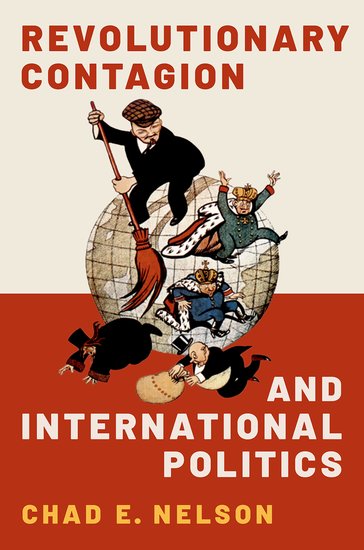 In this book, Chad E. Nelson examines the point when leaders fear revolution is spreading and how that affects international politics. He argues that leaders fear contagion only when they have a significant revolutionary movement of their own, and when they do, it prompts hostility toward the revolutionary state and cooperation with similar contagion fears, sometimes in contrast to geopolitical pressures.

A unique theory of what happens when leaders fear a revolution abroad will spread to their own country and how that affects international relations.

When do leaders fear that a revolution elsewhere will spread to their own polities, and what are the international effects of this fear? In Revolutionary Contagion, Chad E. Nelson develops and tests a theory that explains how states react to ideological-driven revolutions that have occurred in other nations. To do this, he analyzes four key revolutionary movements over two centuries-liberalism, communism, fascism, and Islamism. He further explains that the key to understanding the
response to revolutions lies in focusing on the extent to which leaders fear upheaval in their own countries. According to the theory, Nelson argues, fear of contagion is driven more by the characteristics of the host rather than the activities of the infecting agents. In other words, leaders will fear
revolutionary contagion when they have significant revolutionary opposition movements that have an ideological affinity with the revolutionary state. A powerful theory of the profound effects revolutions have on international relations, this book shows why one simply cannot make sense of international politics—including patterns of alliances and wars—in certain situations without considering the fear of contagion.