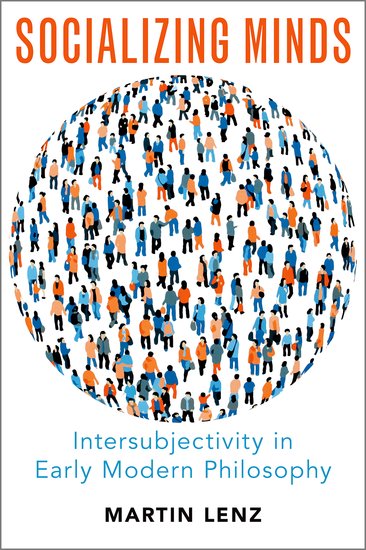 In this book, Martin Lenz provides the first reconstruction of intersubjective accounts of the mind in early modern philosophy. Some phenomena are easily recognised as social or interactive: certain dances, forms of work and rituals require interaction to come into being or count as valid. But what about mental states, such as thoughts, volitions, or emotions? Do our minds also depend on other minds? The idea that our minds are intersubjective or social seems to be a
recent one, developed mainly in the 19th and 20th centuries against the individualism of early modern philosophers. By contrast, this book argues that well-known early modern philosophers often started from the idea that minds are intersubjective.

How then does a mind depend on the minds of others? Early modern philosophers are well known to have developed a number of theories designed to explain how we cognize external objects. What is hardly recognized is that early modern philosophers also addressed the problem of how our cognition is influenced by other minds. This book provides a historical and rational reconstruction of three central, but different, early modern accounts of the influence that minds exert
on one another: Spinoza's metaphysical model, Locke's linguistic model, and Hume's medical model. Showing for each model of mental interaction (1) why it was developed, (2) how it construes mind-mind relations, and (3) what view of the mind it suggests, this book aims at uncovering a crucial part of the unwritten history of
intersubjectivity in the philosophy of mind.