Religious Others and the Shaping of Sunni Orthodoxy 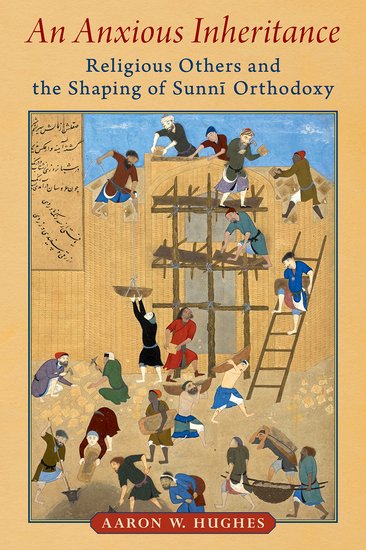 Religious Others and the Shaping of Sunni Orthodoxy

An Anxious Inheritance examines the role of the ever-expandable category of "non-Muslims" in early Islam. It demonstrates how the Qur'an functioned as both a script to understand them and as a map to classify them, and this category's role in shaping (Sunni) orthodoxy.

An Anxious Inheritance reveals the tensions between the early framers of Islam and the ever-expandable category of non-Muslims. Examining the encounter with these religious others, and showing how the Qur'an functioned as both a script to understand them and a map to classify them, this study traces the key role that these religious others played in what would ultimately emerge as (Sunni) orthodoxy. This orthodoxy would appear to be the natural outgrowth of
the Prophet Muhammad's preaching, but it ultimately amounted to little more than a retroactive projection of later ideas onto the earliest period.

Non-Muslims (among them Christians, Jews, Zoroastrians) and the "wrong" kinds of Muslims (e.g., the Shi'a) became integral—by virtue of their perceived stubbornness, infidelity, heresy, or the like—to the understanding of what true religion was not and, just as importantly, what it should be. These non-Muslims were rarely real individuals or groups; rather, they functioned as textual foils that could be conveniently orchestrated, and ultimately controlled, to facilitate Muslim
self-definition. Without such religious others proper belief could, quite literally, not be articulated. Shedding new light on the early history of Islam, while also problematizing the binary of orthodoxy/heresy in the study of religion, An Anxious Inheritance makes significant contributions to a number of diverse
academic fields. John Edwards of Cambridge (1637-1716) has typically been portrayed as a marginalized 'Calvinist' in an overwhelmingly 'Arminian' later Stuart Church of England. In Retaining the Old Episcopal Divinity, Jake Griesel challenges this depiction of Edwards and the theological climate of his contemporary Church. 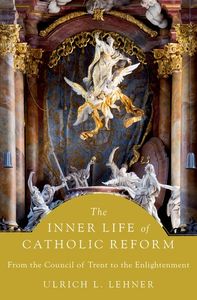 The Inner Life of Catholic Reform offers a longue durée overview of the sentiments and spiritual ideas of the 250-year long time span from the ending of the Council of Trent to the Catholic Enlightenment, known as Catholic Reform. The Hebrew Bible formulates two sets of law: one for Israelites and one for gentiles living in the Holy Land. Law Beyond Israel argues that the laws for non-Israelites form the historical basis of qur'anic law, pointing to legal continuity from the Hebrew Bible to the New Testament and from late antique Christianity to nascent Islam.