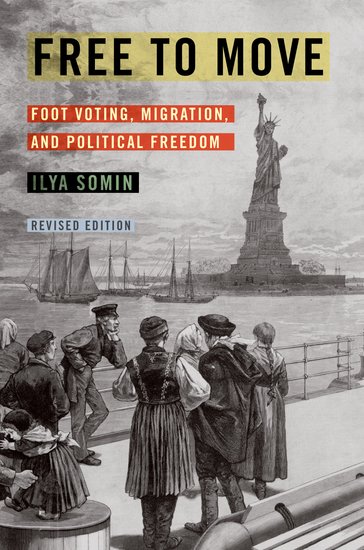 Ballot box voting is often considered the essence of political freedom. But, it has two major shortcomings: individual voters have little chance of making a difference, and they also face strong incentives to remain ignorant about the issues at stake.

Ballot box voting is often considered the essence of political freedom. But it has two major shortcomings: individual voters have little chance of making a difference, and they face strong incentives to remain ignorant about the issues at stake. "Voting with your feet," however, avoids both these pitfalls and offers a wider range of choices.

In Free to Move, Ilya Somin explains how broadening opportunities for foot voting can greatly enhance political liberty for millions of people around the world. People can vote with their feet through international migration, choosing where to live within a federal system, and by making decisions in the private sector. Somin addresses a variety of common objections to expanded migration rights, including claims that the "self-determination" of natives requires giving them the power to
exclude migrants, and arguments that migration is likely to have harmful side effects, such as undermining political institutions, overburdening the welfare state, increasing crime and terrorism, and spreading undesirable cultural values. While these objections are usually directed at international
migration, Somin shows how a consistent commitment to such theories would also justify severe restrictions on domestic freedom of movement.

By making a systematic case for a more open world, Free to Move challenges conventional wisdom on both the left and the right. This revised and expanded edition addresses key new issues, including fears that migration could spread dangerous diseases, such as Covid-19, claims that immigrants might generate a political backlash that threatens democracy, and the impact of remote work. 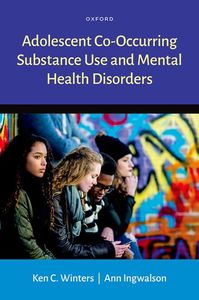 Adolescent Co-Occurring Substance Use and Mental Health Disorders is a comprehensive and clinically-oriented resource aimed at students seeking a degree or certificate as an addiction counselor, as well as early-career professionals.

Transnational Advocacy in the Digital Era 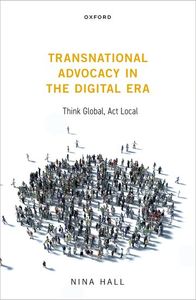 This book explores the role of digital advocacy organizations, a major new addition to the international arena. It provides a detailed investigation of the power that these organizations have, the ways in which they differ from traditional NGOs, their memberships and networks, and how their campaigns are launched and distributed. 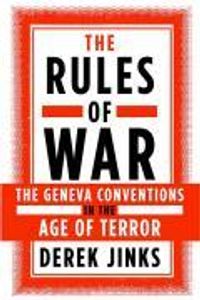