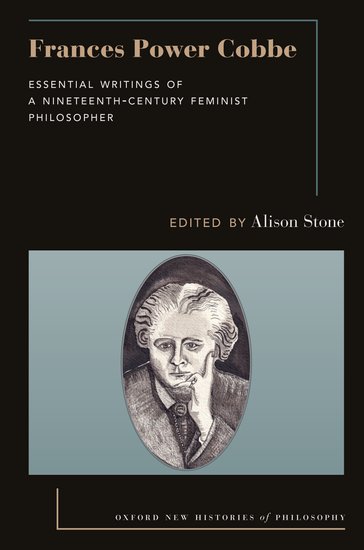 This book brings together essential writings by the unjustly neglected nineteenth-century philosopher Frances Power Cobbe (1822-1904). A prominent ethicist, feminist, champion of animal welfare, and critic of Darwinism and atheism, Cobbe was very well known and highly regarded in the Victorian era.

This volume brings together essential writings by the unjustly neglected nineteenth-century philosopher Frances Power Cobbe (1822-1904). A prominent ethicist, feminist, champion of animal welfare, and critic of Darwinism and atheism, Cobbe was well known and highly regarded in the Victorian era. This collection of her work introduces contemporary readers to Cobbe and shows how her thought developed over time, beginning in 1855 with her Essay on Intuitive Morals, in
which she set out her duty-based moral theory, arguing that morality and religion are indissolubly connected. This work provided the framework within which she addressed many theoretical and practical issues in her prolific publishing career. In the 1860s and early 1870s, she gave an account of human
duties to animals; articulated a duty-based form of feminism; defended a unique type of dualism in the philosophy of mind; and argued against evolutionary ethics. Cobbe put her philosophical views into practice, campaigning for women's rights and for first the regulation and later the abolition of vivisection. In turn her political experiences led her to revise her ethical theory. From the 1870s onwards she increasingly emphasized the moral role of the emotions, especially sympathy, and she
theorized a gradual historical progression in sympathy. Moving into the 1880s, Cobbe combatted secularism, agnosticism, and atheism, arguing that religion is necessary not only for morality but also for meaningful life and culture.

Shedding light on Cobbe's philosophical perspective and its applications, this volume demonstrates the range, systematicity and philosophical character of her work and makes her core ethical theory and its central applications and developments available for teaching and scholarship.