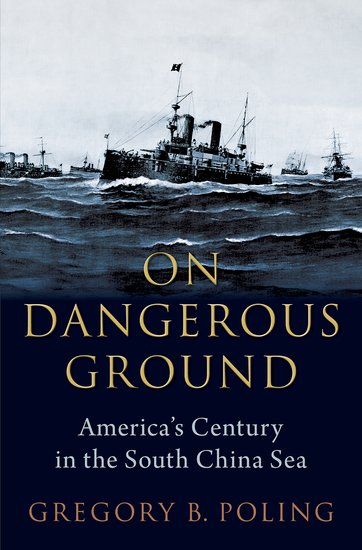 In On Dangerous Ground, Gregory B. Poling evaluates US interests in the world's most complex and dangerous maritime disputes: American involvement in the South China Sea. Providing a deep history of America's geostrategy in the region from the late 19th century to present day, he focuses on how the dispute intersected with the longstanding US commitment to freedom of the seas and its evolving alliance network in Asia.

A robust yet accessible history of US involvement in the world's most dangerous waterway, and a guide for what to do about it.

Lamentations that the United States is "losing" the South China Sea to China are now common. China has rapidly militarized islands and reefs, projects power across the disputed waterway, and freely harasses US allies and partners. The US has been unable to halt these processes or convince Beijing to respect the rights of smaller neighbors. But what exactly would "losing" mean?

In On Dangerous Ground, Gregory B. Poling evaluates US interests in the world's most complex and dangerous maritime disputes by examining more than a century of American involvement in the South China Sea. He focuses on how the disputes there intersected and eventually intertwined with the longstanding US commitment to freedom of the seas and its evolving alliance network in Asia. He shows that these abiding national interests—defense of maritime rights and commitment to allies,
particularly the Philippines—have repeatedly pulled US attention to the South China Sea. Understanding how and why is critical if the US and its allies hope to chart a course through the increasingly fraught disputes, while facing a more assertive, more capable, and far less compromising China.

With an emphasis on decisions made not just in Washington and Beijing, but also in Manila and other Southeast Asian capitals, On Dangerous Ground seeks to correct the record and balance the China-centric narrative that has come to dominate the issue. It not only provides the most comprehensive account yet of America's history in the South China Sea, but it also demonstrates how that history should inform US national security policy in one of the most important waterways in the
world.