The Death and Life of State Repression 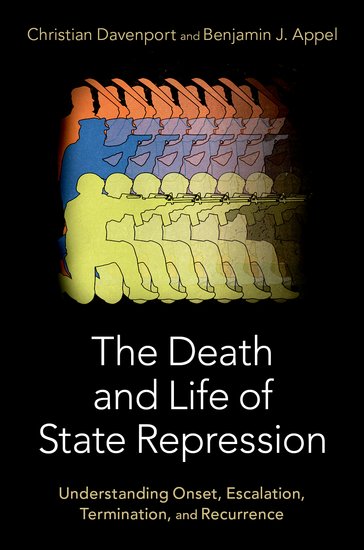 The Death and Life of State Repression

Individuals and institutions throughout the world have been searching for the key to understand, as well as pacify, state repression, but they have been hindered because of some conceptual and empirical limitations.

Beschrijving The Death and Life of State Repression

The Death and Life of State Repression addresses a problem that dates back at least 75 years, if not before. Since World War II, individuals and institutions from around the world have been concerned with state repression/human rights violations and since about 1990, a robust empirical literature has emerged to investigate what drives this behavior up or down (i.e., exploring variation). While useful, this work has generally ignored important aspects of the
"Death/Life cycle" of state repression: i.e., its onset, escalation, termination and recurrence. Such an approach is important because different explanations and policies might be relevant for different parts of the cycle. Exploring a new database of repressive spells from 1976-2006 and new theory
regarding spells, The Death and Life of State Repression breaks new ground in a variety of different ways.

The book argues that repression is a sticky process that is largely slow-moving and non-adaptive. Consequently, change in this behavior is rare unless the ruling cohort is perturbed in some manner. What perturbs is somewhat surprising. The authors do not argue or find support for the predominant variables/policies advanced by the international community (i.e., naming/shaming, international law, military intervention and economic sanctions). Rather, their research advances and finds that
political democratization plays a crucial role in reducing and stopping most aspects of repressive spells, and democratization itself is influenced by non-violent direct action. The book has major implications for those who wish to study state repression, as well as those who have an interest in trying
to reduce and stop it from occurring across the Death/Life cycle. The path to less repressive behavior has never been clearer.