The Enlightenment that Failed 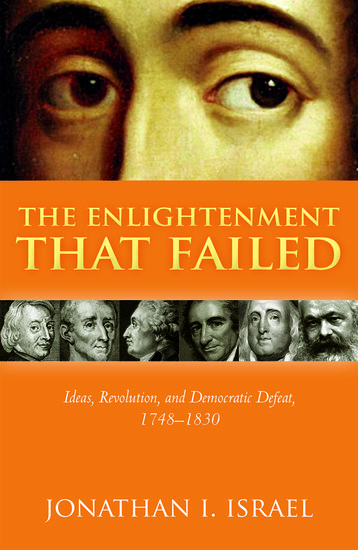 The Enlightenment that Failed

Radical and conservative Enlightenment ideologies began to break apart as the desire for a fair society clashed with questions of religion and secularization. The Enlightenment that Failed shows how ideas promoting the interest of society as a whole came to be almost defeated by ideas buttressing the interests of the privileged few.

Beschrijving The Enlightenment that Failed

The Enlightenment that Failed explores the growing rift between those Enlightenment trends and initiatives that appealed exclusively to elites and those aspiring to enlighten all of society by raising mankind's awareness, freedoms, and educational level generally. Jonathan I. Israel explains why the democratic and radical secularizing tendency of the Western Enlightenment, after gaining some notable successes during the revolutionary era (1775-1820) in
numerous countries, especially in Europe, North America, and Spanish America, ultimately failed. He argues that a populist, Robespierriste tendency, sharply at odds with democratic values and freedom of expression, gained an ideological advantage in France, and that the negative reaction this generally provoked
caused a more general anti-Enlightenment reaction, a surging anti-intellectualism combined with forms of religious revival that largely undermined the longings of the deprived, underprivileged, and disadvantaged, and ended by helping, albeit often unwittingly, conservative anti-Enlightenment ideologies to dominate the scene.

The Enlightenment that Failed relates both the American and the French revolutions to the Enlightenment in a markedly different fashion from how this is usually done, showing how both great revolutions were fundamentally split between bitterly opposed and utterly incompatible ideological tendencies. Radical Enlightenment, which had been an effective ideological challenge to the prevailing monarchical-aristocratic status quo, was weakened, then almost entirely derailed and displaced
from the Western consciousness, in the 1830s and 1840s by the rise of Marxism and other forms of socialism.