Helmut Schmidt and the Reshaping of the International Order 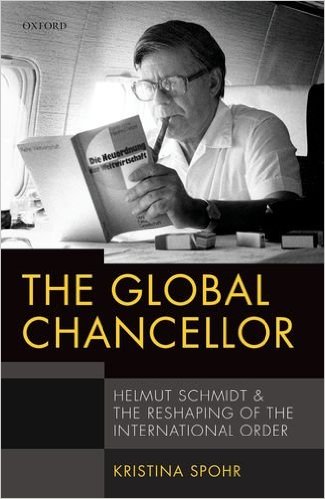 Helmut Schmidt and the Reshaping of the International Order

Helmut Schmidt led West Germany from 1974 to 1982 amid a world economic crisis and one of the frostiest phases of the Cold War. At home in both security and economics, Schmidt became the supreme 'strategist of balance' and earned the nickname of 'world economist'.

Helmut Schmidt is the neglected chancellor of modern German history, overshadowed by 'the greats' - Bismarck, Adenauer, Brandt and Kohl. This volume retrieves Schmidt's true significance as a pivotal figure who helped reshape the global order during the crisis-ridden 1970s. This major reinterpretation, based on detailed research in Schmidt's private papers and numerous archives in Europe and America, reveals him as a leader equally skilled in economics and security,
and adept at personal diplomacy, who dared to act as a 'double interpreter' between the superpowers during the nadir of the Cold War.

Schmidt was no mere 'crisis-manager': in fact he brought to the chancellorship a depth of reflection, evident in two decades of writings and speeches that justifies considering him an intellectual statesman on a par with Henry Kissinger. His achievements were prodigious. Hailed as the 'world economist', Schmidt helped create the G7 forum for global economic governance and the European Monetary System at a time when capitalism seemed on the rocks. And as the 'strategist of balance', he designed
NATO's 'dual-track' response to the crisis caused by the massive Soviet arms buildup of Euro-missiles. This decision, Kristina Spohr argues, played a crucial part in holding together the Western alliance and paved the way to defusing the Cold War in Europe.

Schmidt brought his country to the top table of world politics - what he unashamedly called Weltpolitik - as an equal of the wartime victor powers. It was through his Chancellorship that West Germany came of age on the global stage.