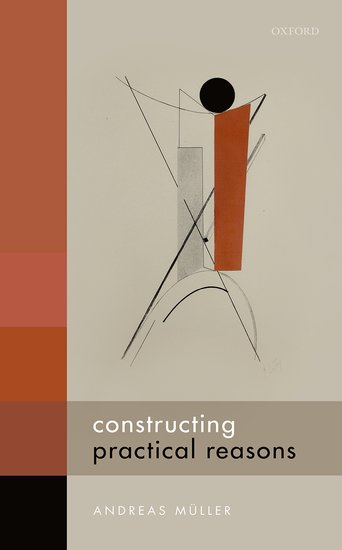 Our actions are informed by the consideration of reasons; reasons which constructivism suggests are not simply discovered, but made by us. This book examines this view, elaborating its basic idea into a fully-fledged account of practical reasons, making its theoretical commitments explicit, and defending it against well-known objections.

Some things are reasons for us to perform certain actions. That it will spare you great pain in the future, for example, is a reason for you to go to the dentist now, and that you are already late for work is a reason for you not to read the next article in the morning paper. Why are such considerations reasons for or against certain actions? Constructivism offers an intriguing answer to this question. Its basic idea is often encapsulated in the slogan that reasons
are not discovered but made by us. Andreas Müller elaborates this idea into a fully-fledged account of practical reasons, makes its theoretical commitments explicit, and defends it against some well-known objections.

Constructing Practical Reasons begins with an examination of the distinctive role that reason judgements play in the process of practical reasoning. This provides the resources for an anti-representationalist conception of the nature of those judgements, according to which they are true, if they are true, not because they accurately represent certain normative facts, but because of their role in sound reasoning. On the resulting view, a consideration owes its status as a reason to the
truth of the corresponding reason judgement and thus, ultimately, to the soundness of a certain episode of reasoning. Consequently, our practical reasons exhibit a kind of mind-dependence, but this does not force us to deny their objectivity.