Nazi Camps and their Neighbouring Communities 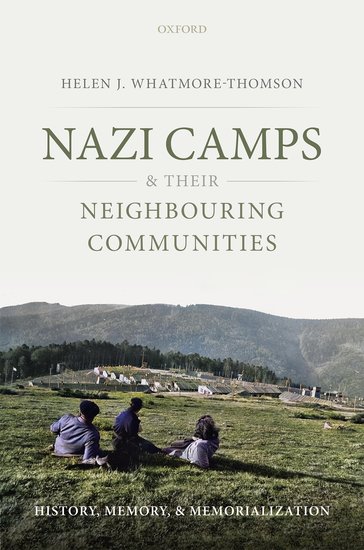 Nazi Camps and their Neighbouring Communities

Nazi concentration camps were built close to local populations all across Europe. These nearby communities were involved with the camps in a myriad of ways, and after the war, they continued to interact with camp legacies.

Nazi concentration camps (KZs) were established in the vicinity of local communities across Europe. Arguably, the individuals in these communities were not perpetrators, nor were they victims, like those imprisoned in the camps. Yet they did not simply stand by on the sidelines, passive, uninvolved, or untouched by the presence of the camps. Local citizenries engaged in ambiguous and highly interactive relations with their local camps, willingly and unwillingly
working for the perpetrators—but also aiding inmates.

After the war, Nazi camps were often repurposed, initially as post-war internment camps and subsequently as penal institutions, military compounds, or housing encampments. Over time, many were transformed into sites of memory to commemorate Nazi persecution. Governments and groups of survivors have often determined the re-use and commemoration of KZs, but these processes take place on local territory and have direct implications for nearby communities. Therefore, locals have continued to
interact with camp legacies.

Nazi Camps and their Neighbouring Communities examines how local populations evolved to live with the Nazi camps both before and after the war. Helen J. Whatmore-Thomson evaluates the different sorts of locality-camp relationships that developed in wartime France, Germany, and the Netherlands, and how these played out in post-war scenarios of re-use and memorialization. Using three case studies of major camps in western Europe, Natzweiler-Struthof, Neuengamme, and Vught, the book
traces the contested developments of these camp sites in the changing political climates of the post-war years, and explores the interrelated dynamics and trajectories of local and national memory.