The Making of Our Urban Landscape The Making of Our Urban Landscape

The Making of the English Urban Landscape tells the story of our towns and cities and how they came into being over the last two millennia.

Beschrijving The Making of Our Urban Landscape

Britain was the first country in the world to become an essentially urban county. And England is still one of the most urbanized countries in the world. The town and the city is the world that most of us inhabit and know best. But what do we actually know about our urban world - and how it was created?

The Making of the English Urban Landscape tells the story of our towns and cities and how they came into being over the last two millennia, from Roman and Anglo-Saxon times, through the Norman Conquest and the later Middle Ages to the 'great rebuilding' in the sixteenth and seventeenth centuries, the 'polite townscapes' of the eighteenth, and the commercial and industrial towns and cities of the nineteenth and early twentieth century. The final chapter then takes the story from the end
of the Second World War to the present, from the New Towns of the immediate post-war era to the trendy converted warehouses of Shoreditch.

This is a book that will make the world you live in come alive. If you are a town or a city-dweller, you are unlikely ever to look at the everyday world around you in quite the same way again.

The Everyday Experiences of Reconstruction and Regeneration 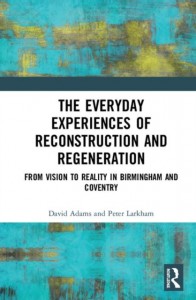 Set within a wider British and international context of post-war reconstruction, The Everyday Experiences of Reconstruction and Regeneration focuses on such debates and experiences in Birmingham and Coventry as they recovered from Second World War bombings and post-war industrial collapse.

The Emerging Public Realm of the Greater Bay Area Through illustrated case studies and conceptual re-framings, this volume showcases ongoing transformations in public space, and its relationship to the public realm more broadly in the worlds most populous urban megaregionthe Greater Bay Area of southeastern Chinaprojected to reach eighty million inhabitants by the year 2025. 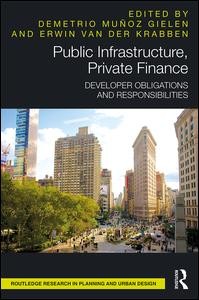 Traditionally, the public sector has been responsible for the provision of all public goods necessary to support sustainable urban development, including public infrastructure such as roads, parks, social facilities, climate mitigation and adaptation, and affordable housing.