On Trial For Reason

Science, Religion, and Culture in the Galileo Affair 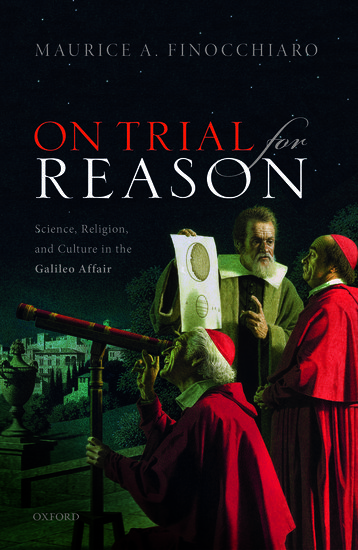 On Trial For Reason

Science, Religion, and Culture in the Galileo Affair

Maurice Finocchiaro considers the trial of Galileo by the Roman Inquisition in 1633, weighing up the views of both sides and presenting an account that incorporates historical context, science, theology, and philosophy.

Beschrijving On Trial For Reason

In 1633 the Roman Inquisition condemned Galileo as a suspected heretic for defending the astronomical theory that the earth moves, and implicitly assuming the theological principle that Scripture is not scientific authority. This controversial event has sent ripples down the centuries, embodying the struggle between a thinker who came to be regarded as the Father of Modern Science, and an institution that is both one of the world's greatest religions and most ancient
organizations. The trial has been cited both as a clear demonstration of the incompatibility between science and religion, and also a stunning exemplar of rationality, scientific method, and critical thinking.

Much has been written about Galileo's trial, but most works argue from a particular point of view - that of secular science against the Church, or justifying the religious position. Maurice Finocchiaro aims to provide a balanced historical account that draws out the cultural nuances. Unfolding the intriguing narrative of Galileo's trial, he sets it against its contemporary intellectual and philosophical background. In particular, Finocchiaro focuses on the contemporary arguments and evidence
for and against the Earth's motion, which were based on astronomical observation, the physics of motion, philosophical principles about the nature of knowledge, and theological principles about the authority and the interpretation of Scripture. Following both sides of the controversy and its
far-reaching philosophical impact, Finocchiaro unravels the complex relationship between science and religion, and demonstrates how Galileo came to be recognised as a model of logical reasoning.