Women and the Crusades 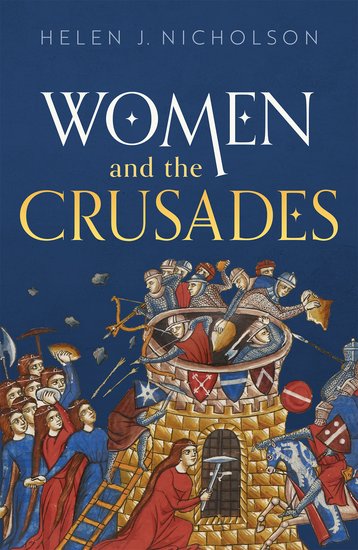 Women and the Crusades

Helen Nicholson surveys women's involvement in medieval crusading from the 11th century to the 16th, arguing that medieval women were deeply involved in the crusades, but that the roles that they could play and how their contemporaries recorded their deeds were dictated by social convention and cultural expectations.

Beschrijving Women and the Crusades

The crusade movement needed women: their money, their prayer support, their active participation, and their inspiration...

This book surveys women's involvement in medieval crusading between the second half of the eleventh century, when Pope Gregory VII first proposed a penitential military expedition to help the Christians of the East, and 1570, when the last crusader state, Cyprus, was captured by the Ottoman Turks. It considers women's actions not only on crusade battlefields but also in recruiting crusaders, supporting crusades through patronage, propaganda, and prayer, and as both defenders and aggressors. It
argues that medieval women were deeply involved in the crusades but the roles that they could play and how their contemporaries recorded their deeds were dictated by social convention and cultural expectations. Although its main focus is the women of Latin Christendom, it also looks at the impact of
the crusades and crusaders on the Jews of western Europe and the Muslims of the Middle East, and compares relations between Latin Christians and Muslims with relations between Muslims and other Christian groups.