Early Modern Ireland through the Centuries Early Modern Ireland through the Centuries

The book describes how various authors addressed the history of early modern Ireland over four centuries, and explains why they could not settle on an agreed narrative.

Imagining Ireland's Pasts describes how various authors addressed the history of early modern Ireland over four centuries and explains why they could not settle on an agreed narrative. It shows how conflicting interpretations broke frequently along denominational lines, but that authors were also influenced by ethnic, cultural, and political considerations, and by whether they were resident in Ireland or living in exile.

Imagining Ireland's Past: Early Modern Ireland through the Centuries details how authors extolled the merits of their progenitors, offered hope and guidance to the particular audience they addressed, and disputed opposing narratives. The author shows how competing scholars, whether contributing to vernacular histories or empirical studies, became transfixed by the traumatic events of the sixteenth and seventeenth centuries as they sought to explain either how stability had finally been
achieved, or how the descendants of those who had been wronged might secure redress. 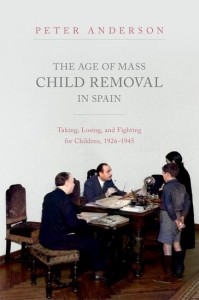