The EU Regulations on Matrimonial and Patrimonial Property 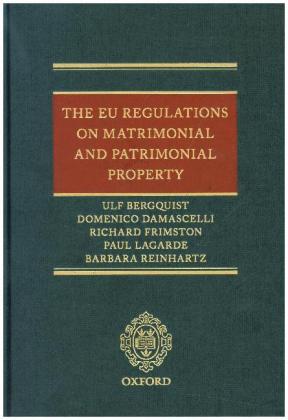 The EU Regulations on Matrimonial and Patrimonial Property

This volume is an article-by-article commentary on Council (EU) Regulation 2016/1103 on matrimonial property and its parallel Regulation on patrimonial property for registered partners, which will come into force on 29th January 2019 on the basis of enhanced cooperation between 18 Member States.

Beschrijving The EU Regulations on Matrimonial and Patrimonial Property

Today there are no common international rules as to which state's law shall be applied when a married couple have connections with more than one state e.g. British citizens living in France. Each state has its own so called private international law rules (PIL), leading to conflicts of laws. There are no common rules as to which court has jurisdiction and Court decisions are normally not recognized in other states.

Since, today millions of people live in a state other than their state of citizenship or have assets in states other than where they are living, the EU has seen the urgent need for an EU-Regulation on matrimonial property and a parallel Regulation for registered partners. The Regulation does not provide any common material matrimonial law in the EU, but common PIL that sets out which state's matrimonial law shall be applied, which state's court shall have jurisdiction and that court decisions
in one state shall be recognized and enforceable in other EU states.

This volume is an article-by-article commentary on the Regulations which have been adopted by the EU Council on June 24th 2016 and will come into force on January 29th 2019. 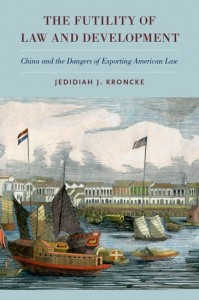 Drawing in historical threads from religious, legal and foreign policy work, The Futility of Law and Development demonstrates how American comparative law ultimately became a marginalized practice in this process. 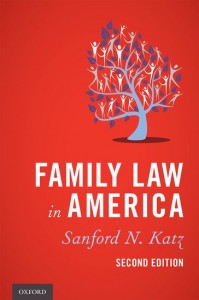 In Family Law in America, Professor Sanford N. Katz examines the present state of family law in America. Themes include the tension between individual autonomy and governmental regulation in all aspects of family law, the extent to which relationships established before marriage are being regulated, and how marriage is being redefined to take into account equality of the sexes, and the legal recognition of same-sex marriage in some jurisdictions. 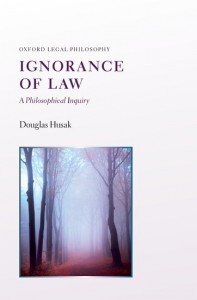 This book argues that ignorance of law should usually be a complete excuse from criminal liability. It defends this conclusion by invoking two presumptions: first, the content of criminal law should conform to morality; second, mistakes of fact and mistakes of law should be treated symmetrically.