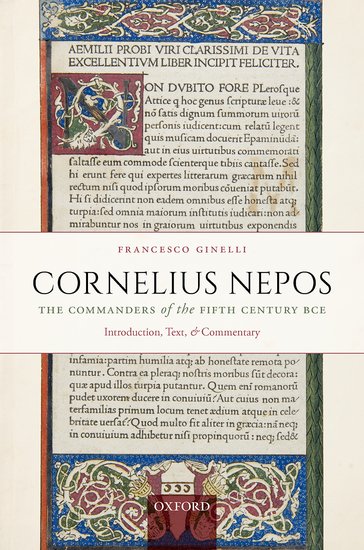 Beschrijving Cornelius Nepos, The Commanders of the Fifth Century BCE

Cornelius Nepos' De viris illustribus was a collection of biographies of distinguished Romans and foreigners, originally arranged in at least sixteen books, of which only the Liber de excellentibus ducibus exterarum gentium has survived. In this volume, Francesco Ginelli provides a philological, stylistic, grammatical, and historical commentary on the first eight Vitae of the Liber, comprising Miltiades, Themistocles, Aristides,
Pausanias, Cimon, Lysander, Alcibiades, and Thrasybulus, all eminent generals of the fifth century BCE. Ginelli also provides a substantial introduction, giving an overview of Nepos' life, the key features of his works, and the manuscript tradition of the De viris illustribus.

As the first academic commentary on Nepos' biographies of the Greek commanders of the fifth century BCE, this book will fill a gap in Latin studies, providing a useful tool for both students and scholars interested in Nepos, as well as those interested in ancient biography and Latin historiography more generally. In September 1726, Mary Toft was found to have given birth to seventeen rabbits in Godalming, Surrey. The case caused a sensation and was reported widely in newspapers, popular pamphlets, poems and caricatures. The Irish Buddhist is the biography of a truly extraordinary Irish emigrant, sailor and migrant worker who became a Buddhist monk and anti-colonial activist in early twentieth-century Asia. Born Laurence Carroll in 1856, U Dhammaloka defied the British Empire and missionary Christianity in defense of local culture.

The Making of a Terrorist 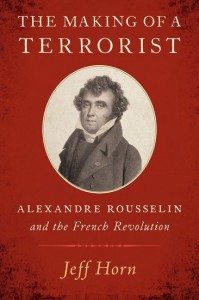 This is the story of how an educated young man decided that the French Revolution was worth the use of state-sponsored violence, chose to become a terrorist to protect the republic, and spent the next five decades defending his actions.