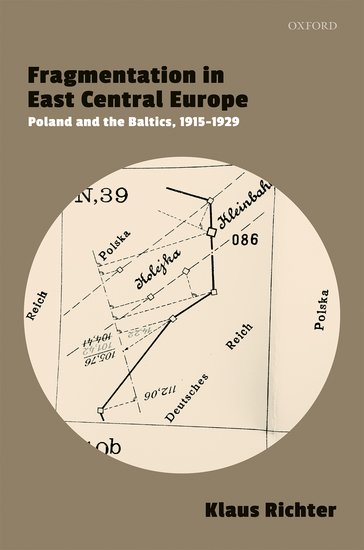 WWI led to a radical reshaping of Europe's political borders and the emergence of a series of smaller states from the ruins of larger empires. This study examines how four East Central European states - Poland, Lithuania, Latvia, and Estonia - dealt with the breakdown of commerce and mobility, caused by new borders, high tariffs, and trade wars.

The First World War led to a radical reshaping of Europe's political borders. Nowhere was this transformation more profound than in East Central Europe, where the collapse of imperial rule led to the emergence of a series of new states. New borders intersected centuries-old networks of commercial, cultural, and social exchange. The new states had to face the challenges posed by territorial fragmentation and at the same time establish durable state structures within
an international order that viewed them as, at best, weak, and at worst, as merely provisional entities that would sooner or later be reintegrated into their larger neighbours' territory.

Fragmentation in East Central Europe challenges the traditional view that the emergence of these states was the product of a radical rupture that naturally led from defunct empires to nation states. Using the example of Poland and the Baltic States, it retraces the roots of the interwar states of East Central Europe, of their policies, economic developments, and of their conflicts back to the First World War. At the same time, it shows that these states learned to harness the dynamics
caused by territorial fragmentation, thus forever changing our understanding of what modern states can do.