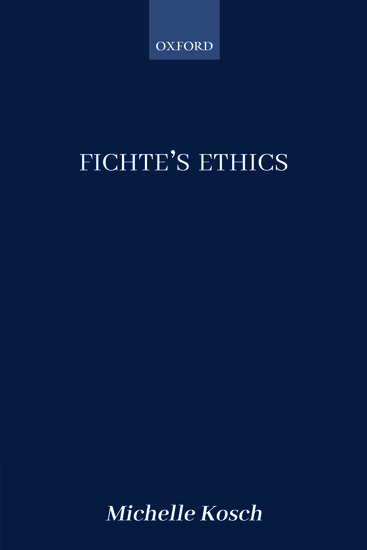 Michelle Kosch offers a systematic, historically informed reconstruction of the ethical theory of the great German Idealist J. G. Fichte (1762-1814). Central to Fichte's theory are his accounts of rational agency and autonomy.

One of Fichte's most important ideas - that nature can place limits on our ability to govern ourselves, and that anyone who values autonomy is thereby committed to the value of basic research and of the development of autonomy-enhancing technologies - has received little attention in the interpretative literature on Fichte, and has little currency in contemporary ethics.

The Dao of Madness The book defends the intimate connection between democracy and law by focusing on how democracy permits us to be co-authors of our common community through the use of law. It argues that democratically forged laws are articulate public commitments we make to one another and they are uniquely capable of conveying our mutual respect for one another. This book presents a unique collection of interviews on the meaning of freedom in the modern world. Drawing on the expertise of the world's leading historians, philosophers, and most influential activist it takes up the question of our highest ideal from a diverse and exciting range of perspectives.