A History of Philosophy

A history of philosophy without any gaps, Volume 5 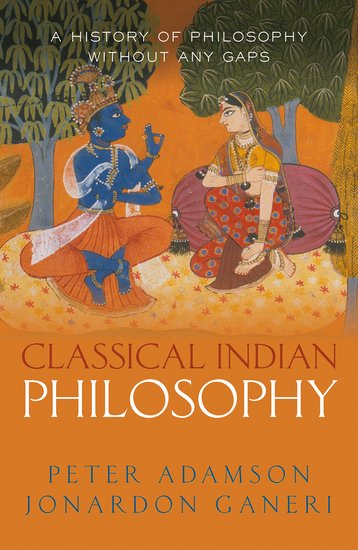 A History of Philosophy

A history of philosophy without any gaps, Volume 5

Adamson and Ganeri present a lively introduction to one of the world's richest intellectual traditions: the philosophy of classical India. They guide us through such famous works as the Vedas and the Upaniṣads, and tell the stories of how Buddhism and Jainism developed.

Peter Adamson and Jonardon Ganeri present a lively introduction to one of the world's richest intellectual traditions: the philosophy of classical India. They begin with the earliest extant literature, the Vedas, and the explanatory works that these inspired, known as Upaniṣads. They also discuss other famous texts of classical Vedic culture, especially the Mahābhārata and its most notable section, the Bhagavad-Gīta, alongside
the rise of Buddhism and Jainism. In this opening section, Adamson and Ganeri emphasize the way that philosophy was practiced as a form of life in search of liberation from suffering. Next, the pair move on to the explosion of philosophical speculation devoted to foundational texts called 'sutras,' discussing such traditions as the logical
and epistemological Nyāya school, the monism of Advaita Vedānta, and the spiritual discipline of Yoga. In the final section of the book, they chart further developments within Buddhism, highlighting Nagārjuna's radical critique of 'non-dependent' concepts and the no-self philosophy of mind found in authors like Dignāga, and within Jainism, focusing especially on its 'standpoint' epistemology. Unlike other introductions that cover the main schools and positions in classical
Indian philosophy, Adamson and Ganeri's lively guide also pays attention to philosophical themes such as non-violence, political authority, and the status of women, while considering textual traditions typically left out of overviews of Indian thought, like the Cārvaka school, Tantra, and aesthetic theory as well.
Adamson and Ganeri conclude by focusing on the much-debated question of whether Indian philosophy may have influenced ancient Greek philosophy and, from there, evaluate the impact that this area of philosophy had on later Western thought. Jonardon Ganeri presents a radically reoriented account of mind, to which attention is the key. It is attention, not self, that explains the experiential and normative situatedness of humans in the world. 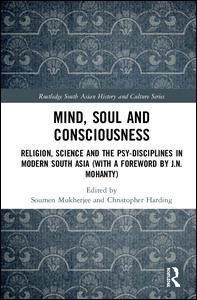 This comprehensive volume explores histories and modern reworkings of the ideas of mind, soul and consciousness in South Asia. It focuses on the burgeoning psy-disciplines  psychology, psychiatry, psychotherapy  and their links with religion, science, philosophy, and modern notions of the mystical and spiritual, not just in South Asia, but around the world.

The Bhagavad-Gita for the Modern Reader 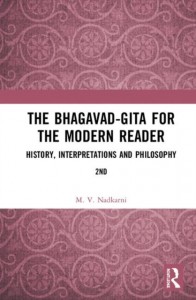 What is the Bhagavad-Gita? Is it just a religious text? When was it composed? How relevant is it to the modern world? This book answers these foundational questions and more. It critically examines the Bhagavad-Gita in terms of its liberal, humanist and inclusive appeal, bringing out its significance for both present times and novel applications.