The Logic of Elections and Policymaking in Kenya 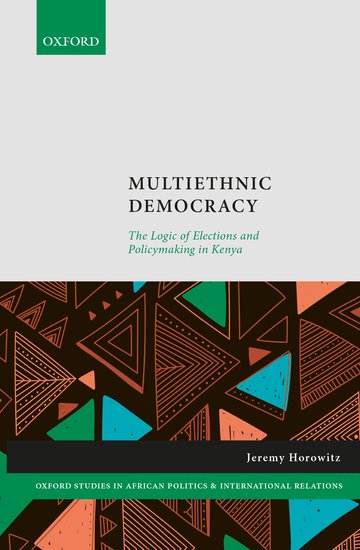 The Logic of Elections and Policymaking in Kenya

Who are the swing voters in multiethnic democracies? How much effort do parties invest in courting the swing relative to mobilizing supporters in their core ethnic bases? And how does this balance affect the policies leaders propose - and implement - if elected?

This book examines the logic of electoral competition and policymaking in the context of Kenya's emerging multiparty democracy. Using data on voters, campaigns, and policy outcomes, it shows that the pursuit of the swing encourages presidential candidates to offer broad, inclusive promises and for election winners to opt for universal policies that share benefits widely. In doing so, it challenges the view - common to both popular accounts and scholarly work - that where ethnicity is
politically salient, multiparty competition inevitably leads parties to focus their electoral efforts on mobilizing narrow ethnic factions and to concentrate rewards on ethnic clientele.

Oxford Studies in African Politics and International Relations is a series for scholars and students working on African politics and International Relations and related disciplines. Volumes concentrate on contemporary developments in African political science, political economy, and International Relations, such as electoral politics, democratization, decentralization, gender and political representation, the political impact of natural resources, the dynamics and consequences of
conflict, comparative political thought, and the nature of the continent's engagement with the East and West. Comparative and mixed methods work is particularly encouraged, as is interdisciplinary research and work that considers ethical issues relating to the study of Africa. Case studies are welcomed but should
demonstrate the broader theoretical and empirical implications of the study and its wider relevance to contemporary debates. The focus of the series is on sub-Saharan Africa, although proposals that explain how the region engages with North Africa and other parts of the world are of interest.