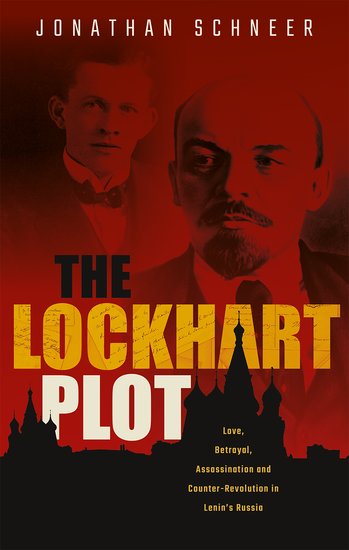 This is the extraordinary story of the British plot in the summer of 1918 to overthrow the Bolshevik government in Russia, murder the Bolshevik leaders, and install a new government in Moscow that would re-open the war against the Germans on the Eastern Front.

During the spring and summer of 1918, with World War I still undecided, British, French and American agents in Russia developed a breathtakingly audacious plan. Led by Robert Hamilton Bruce Lockhart, a dashing, cynical, urbane 30-year-old Scot, they conspired to overthrow Lenin's newly established Bolshevik regime, and to install one that would continue the war against Germany on the Eastern Front. Lockhart's confidante and chief support, with whom he engaged in a
passionate love affair, was the mysterious, alluring Moura von Benkendorff, wife of a former aide-de-camp to the Tsar.

The plotters' chief opponent was 'Iron Felix' Dzerzhinsky. He led the Cheka, 'Sword and Shield' of the Russian Revolution and forerunner of the KGB. Dzerzhinsky loved humanity - in the abstract. He believed socialism represented humanity's best hope. To preserve and protect it he would unleash unbounded terror.

Revolutionary Russia provided the setting for the ensuing contest. In the back streets of Petrograd and Moscow, in rough gypsy cabarets, in glittering nightclubs, in cells beneath the Cheka's Lubianka prison, the protagonists engaged in a deadly game of wits for the highest possible stakes - not merely life and death, but the outcome of a world war and the nature of Russia's post-war regime.

Confident of success, the conspirators set the date for an uprising, September 8, 1918, but the Cheka had penetrated their organization and pounced just beforehand. The Lockhart Plot was a turning point in world history, except it failed to turn. At a time when Russian meddling in British and American politics now sounds warning bells, however, we may sense its reverberations and realize that it is still relevant.