The Making of a King

Antigonus Gonatas of Macedon and the Greeks 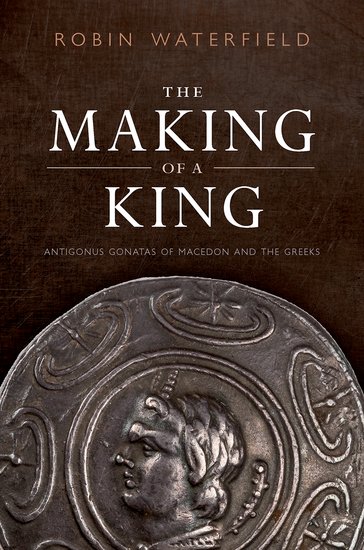 The Making of a King

Antigonus Gonatas of Macedon and the Greeks

The Making of a King is the first book in more than a century to tell the gripping story of the rule of Antigonus Gonatas: how he gained the Macedonian throne, how he held it, the nature of his court, the measures he took towards the Greeks, and their responses.

Beschrijving The Making of a King

In the third century BCE, Macedon dominated mainland Greece, but was rapidly descending into chaos. One of the consequences was a massive invasion of Celts, who ravaged and plundered Macedon and northern Greece for several years. Antigonus Gonatas, son of one of Alexander the Great's Successors, finally defeated the Celts and laid the foundations for a long but troubled reign (276-239 BCE). In order to achieve stability, he adopted repressive measures towards many of
the Greek cities.

The Making of a King is the first book in more than a century to tell the gripping story of Antigonus' rule: how he gained the throne, how he held it, the nature of his court, the measures he took towards the Greeks, and their responses.

While Antigonus was confirming his rule in Macedon by introducing constitutional changes there, the Greeks were making their own changes. Their only hope for independence lay in greater unity. Two great confederacies of Greek cities emerged: the Aetolians in central Greece, and the Achaeans in the Peloponnese. Robin Waterfield charts Antigonus' conflicts with the Greeks and with his perennial enemy, Ptolemy of Egypt. Successes, both diplomatic and military, against these enemies in the 260s and
250s BCE were not enough to gain him peace, and in his final years he saw his control of Greece whittled away by rebellion and the Greek confederacies. Ultimately, the lack of firm control of Greece by Macedon made it possible for Rome to take its place as the arbiter of the Greeks'
future.