Investment Treaties and the Legal Imagination

How Foreign Investors Play By Their Own Rules 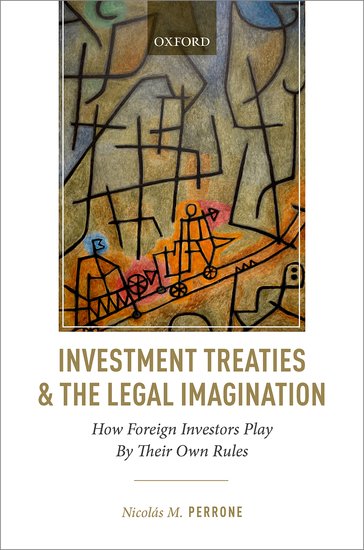 Investment Treaties and the Legal Imagination

How Foreign Investors Play By Their Own Rules

This book brings a new perspective to the subject of international investment law, by tracing the origins of foreign investor rights. It shows how a group of business leaders, bankers, and lawyers in the mid-twentieth century paved the way for our current system of foreign investment relations, and the investor-state dispute settlement mechanism.

Foreign investors have a privileged position under investment treaties. They enjoy strong rights, have no obligations, and can rely on a highly efficient enforcement mechanism: investor-state dispute settlement (ISDS). Unsurprisingly, this extraordinary status has made international investment law one of the most controversial areas of the global economic order. This book sheds new light on the topic, by showing that foreign investor rights are not the result of
unpredicted arbitral interpretations, but rather the outcome of a world-making project realized by a coalition of business leaders, bankers, and their lawyers in the 1950s and 1960s.

Some initiatives that these figures planned for did not emerge, such as a multilateral investment convention, but they were successful in developing a legal imagination that gradually occupied the space of international investment law. They sought not only to set up a dispute settlement mechanism but also to create a platform to ground their vision of foreign investment relations. Tracing their normative project from the post-World War II period, this book shows that the legal imagination of
these business leaders, bankers, and lawyers is remarkably similar to present ISDS practice. Common to both is what they protect, such as foreign investors' legitimate expectations, as well as what they silence or make invisible. Ultimate, this book argues that our canon of imagination, of adjustment
and potential reform, remains closely associated with this world-making project of the 1950s and 1960s.