Philanthropy and the Development of Modern India

In the Name of Nation 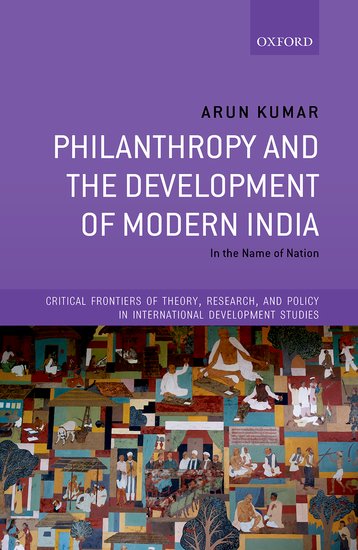 Philanthropy and the Development of Modern India

In the Name of Nation

This volumes draws on the history of the philanthropy of India's economic elites to examine how their ideas and understanding of development have shifted and changed over time. Kumar shows how development in India provided the moral justification for the protection of commercial interests during a turbulent period of Indian history.

Beschrijving Critical Frontiers of Theory, Research, and Policy in International Development Studies: Philanthropy and the Development of Modern India

Drawing on the history of the philanthropy of India's economic elites, Arun Kumar discusses how their ideas and understanding of development have shifted and changed over time. Going beyond the more familiar criticisms of development's entanglements with colonialism, Kumar interrogates the changes in development imaginaries in terms of modernity's entanglements with the national question, including anti-colonial nationalism and post-colonial nation-building during
the twentieth century. Development, he suggests, can be usefully read and critiqued as national-modern. Philanthropy and the Development of Modern India plots the careers of the national-modern in four main sites of development: civil society, community, science and technology, and selfhood. In an
unusual move reading socio-economic nationalist reform from the first half of the twentieth century alongside post-colonial development from the second half, Kumar uncovers the lineages of contemporary development ideas such as self-care, self-reliance, merit, etc. In all this, elites were driven by a 'pedagogic reflex': to teach different sections of Indian society of how to be modern and developed. Contrary to development studies' characterization of elites as anti-development or captors of
scarce resources, Kumar shows how elites longed for development for others. Development provided the moral justification, in their calculations, for protecting their commercial interests as they navigated the turbulent Indian twentieth century.