State, Hinduism, and Courts of Law 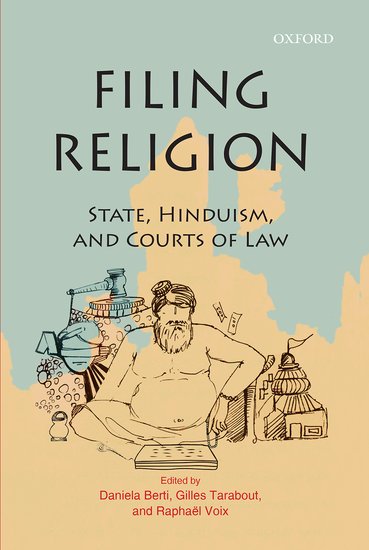 State, Hinduism, and Courts of Law

The present volume explores how court actions significantly shape Hinduism in Indian and Nepalese societies, perhaps even more so than the ideology of any political party. How do courts, within the framework of secularism, deal in practice with Hinduism?

The Indian Constitution posits a separation between a secular domain that the state can regulate and a religious one in which it should not interfere. However, defining the separation between the two has proved contentious: the state is involved in various ways in the direct administration of many religious institutions; and courts are regularly asked to decide on rights linked to religious functions and bodies. Such decisions contribute to (re)defining religious
categories and practices.

This edited volume aims at exploring how apparently technical legalistic action taking place in courts of law significantly shapes the place Hinduism occupies in Indian and Nepalese societies, perhaps even more so than the ideology of any political party. Thus, this volume does not deal so much with politics of secularism in general, but with how courts deal in practice with Hinduism. The approach developed in this volume is resolutely historical and anthropological. It considers law as part of
social, religious, and political dynamics while relying on in-depth ethnography and archival research.