My Antonia took Cather out of the rank of provincial novelists while at the same time celebrating the provinces. It depicts the pioneering period of European settlement in the American prairie, through the stories of Jim Burden and Antonia Shimerda, who is the embodiment of the pioneer spirit.

'As I looked about me I felt that the grass was the country, as the water is the sea. The red of the grass made all the great prairie the colour of wine-stains...And there was so much motion in it; the whole country seemed, somehow, to be running.'

My Antonia (1918) depicts the pioneering period of European settlement on the tall-grass prairie of the American midwest, with its beautiful yet terrifying landscape, rich ethnic mix of immigrants and native-born Americans, and communities who share life's joys and sorrows. Jim Burden recounts his memories of Antonia Shimerda, whose family settle in Nebraska from Bohemia. Together they share childhoods spent in a new world. Jim leaves the prairie for college and a career in the
east, while Antonia devotes herself to her large family and productive farm. Her story is that of the land itself, a moving portrait of endurance and strength.

Described on publication as 'one of the best [novels] that any American has ever done', My Antonia paradoxically took Cather out of the rank of provincial novelists as the same time that it celebrated the provinces, and mythologized a period of American history that had to be lost before its value could be understood.
ABOUT THE SERIES: For over 100 years Oxford World's Classics has made available the widest range of literature from around the globe. Each affordable volume reflects Oxford's commitment to scholarship, providing the most accurate text plus a wealth of other valuable features, including expert introductions by leading authorities, helpful notes to clarify the text, up-to-date bibliographies for further study, and much more.

A magnificent and affecting tale from the award-winning author of }If Nobody Speaks Of Remarkable Things{ and }Even The Dogs{, }Reservoir 13{ explores the lives of those haunted by a family tragedy, told over the course of 13 years. 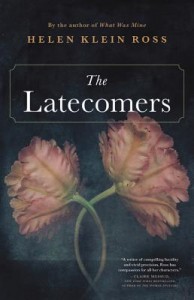 From the best-selling author of What Was Mine comes a deeply moving family drama about a young Irish immigrant, an ancestral home in New England and a dark secret that lay hidden in its walls for five generations.

After splitting up, a couple each bring their new significant other to Happy Forest Holiday Park in an attempt to give their daughter a "normal" family Christmas which turns into a powder keg fueled by drinking too much and oversharing