In its heyday in the late 1990s, neoliberalism emerged as the world's dominant economic paradigm. But the global financial crisis of 2008-9 fundamentally shocked a globalized economy built on neoliberal assumptions.

Anchored in the principles of the free-market economics, 'neoliberalism' has been associated with such different political leaders as Ronald Reagan, Margaret Thatcher, Bill Clinton, Tony Blair, Augusto Pinochet, and Junichiro Koizumi.

In its heyday during the late 1990s, neoliberalism emerged as the world's dominant economic paradigm stretching from the Anglo-American heartlands of capitalism to the former communist bloc all the way to the developing regions of the global South. At the dawn of the new century, however, neoliberalism has been discredited as the global economy, built on its principles, has been shaken to its core by a financial calamity not seen since the dark years of the 1930s.

So is neoliberalism doomed or will it regain its former glory? Will reform-minded G-20 leaders embark on a genuine new course or try to claw their way back to the neoliberal glory days of the Roaring Nineties? Is there a viable alternative to neoliberalism?

Exploring the origins, core claims, and considerable variations of neoliberalism, this Very Short Introduction offers a concise and accessible introduction to one of the most debated 'isms' of our time. 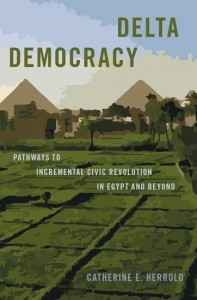 Delta Democracy tells the story of how Egyptian NGOs and philanthropic foundations promoted democratic political reform in Egypt in the years since the Arab Spring. Taking the reader inside the walls of Egypt's NGOs and foundations, the book explains how everyday Egyptians understand the concept of democracy and reveals how civic organizations struggled through political and economic turmoil to promote it. 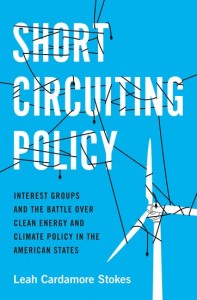 Short Circuiting Policy examines climate and energy politics over several decades to understand why US states are not on track to meet the climate crisis. It argues that electric utilities and clean energy companies battle over policy, and their relative power explains why US states have stopped expanding-and even started weakening-their renewable energy policies.

Climate change is rapidly melting Arctic ice unlocking natural resources in contestable areas. This disruption has led to warnings of a return of the Great Game in which states scramble to project power to the ends of the earth to engage in militarized resource competition.