The Moment of Liberation in Western Europe 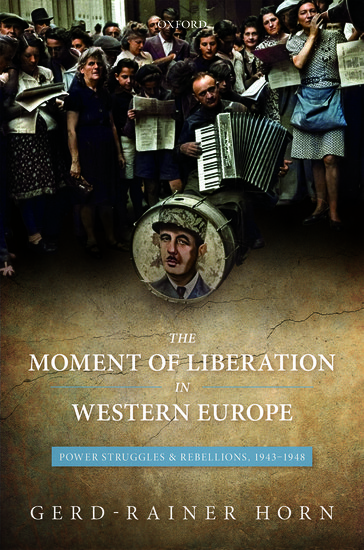 The Moment of Liberation in Western Europe

An innovative perspective on the visions at stake for post-liberation Western Europe, this work highlights initiatives arising from resistance activists. The moment of liberation is seen as a crucial moment, when a new society became a possibility.

Beschrijving The Moment of Liberation in Western Europe

The Moment of Liberation in Western Europe, 1943-1948, regards the final two years of World War II and the immediate post-liberation period as a moment in twentieth century history, when the shape and contours of postwar Western Europe appeared highly uncertain and various alternatives and conflicting visions were up for grabs. After close to six years of total war, Nazi terror, and brutal occupation policies, a growing number of Europeans were no longer
content solely to fight for national liberation from fascist control. Having staked their lives in military and civilian resistance to Nazism and Italian fascism across the continent, surviving activists were aiming to ensure that such a political and social catastrophe would never befall Europe again.

In the closing moments of World War II, hundreds of thousands of antifascist activists had begun to identify with the famous quote penned by the exiled German social theorists, Max Horkheimer, who had boldly proclaimed in early September 1939: 'Whoever is not prepared to talk about capitalism should also remain silent about fascism.' The economic and political elites in prewar societies were increasingly regarded as co-responsible for war, fascism, and occupation policies, from which many had
benefited significantly and often enthusiastically. There were extensive popular social movements at work in almost every single state which aimed to construct postwar societies in which grassroots democracy and the free association of rank-and-file activists would replace the profit principle and the
top-down Jacobin orientation by traditional elites. This study for the first time reconstructs the parameters of this contest over the shape of postwar Western Europe from a consistently transnational perspective.