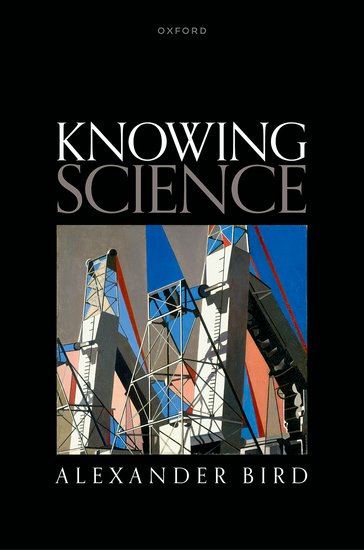 Knowing Science argues for an epistemology of science that gives a central place to the concept of knowledge. Alexander Bird argues that science proceeds by inference to the only explanation, and rejects general metascientific realism and antirealism.

In Knowing Science, Alexander Bird presents an epistemology of science that rejects empiricism and gives a central place to the concept of knowledge. Science aims at knowledge and progresses when it adds to the stock of knowledge. That knowledge is social knowing—it is known by the scientific community as a whole. Evidence is that from which knowledge can be obtained by inference. From this, it follows that evidence is knowledge, and is not limited to
perception, nor to observation. Observation supplies evidence that is basic relative to a field of enquiry and can be highly non-perceptual. Theoretical knowledge is typically gained by inference to the only explanation, in which competing plausible hypotheses are falsified by the evidence. In cases where not
all competing hypotheses are refuted, scientific hypotheses are not known but instead possess varying degrees of plausibility. Plausibilities in the light of the evidence are probabilities and link eliminative explanationism to Bayesian conditionalization. Bird argues that scientific realism and anti-realism as global metascientific claims should be rejected-the track record gives us only local metascientific claims.