A Scientific and Conceptual Investigation

A Scientific and Conceptual Investigation

The relationship between religion, intolerance and conflict is the subject of intense discussion, particularly in the context of the ongoing threat of terrorism. This book contains papers written by scholars in anthropology, psychology, philosophy, and theology exploring the scientific and conceptual dimensions of religion and human conflict.

The relationship between religion, intolerance and conflict has been the subject of intense discussion, particularly in the wake of the events of 9-11 and the ongoing threat of terrorism. This book contains original papers written by some of the world's leading scholars in anthropology, psychology, philosophy, and theology exploring the scientific and conceptual dimensions of religion and human conflict.

The volume will be of great interest to all readers interested in the phenomenon of religious conflict and to academics across a variety of disciplines, including religious studies, philosophy, psychology, theology, cognitive science, anthropology, politics, international relations, and evolutionary biology. 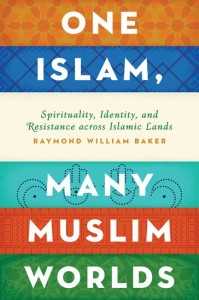 In One Islam, Many Muslim Worlds Raymond Baker addresses the main paradox of the Islamic world today: the fact of its emergence as a civilizational force strong enough to contend with the West, in the midst of its unprecedented material vulnerability.

The Ecumenical Movement & the Making of the European Community

A study that assesses the political history of religious dialogue in the European Community, detailing close relations between churchmen and high-ranking officials in European institutions immediately after the 1950 Schuman Declaration

A Cultural Theology of Salvation

Clive Marsh offers a contemporary Christian understanding of salvation. He shows how salvation is understood and articulated now, when 'redemption' language is widely used outside of Christianity, and when redemptive experiences are reported in response to the arts, popular culture, media, and through counselling.