Beschrijving The Face of the Buddha

Taking up a teaching appointment in Tokyo in 1931, the English poet and literary critic William Empson found himself captivated by the Buddhist sculptures of ancient Japan, and spent the years that followed in search of similar examples all over Korea, China, Cambodia, Burma, India, and Ceylon, as well as in the great museums of the West. Compiling the results of these wide-ranging travels into what he considered to be one of his most important works, Empson was
heartbroken when he mislaid the sole copy of the manuscript in the wake of the Second World War. 'The Face of the Buddha' remained one of the great lost books until its surprise rediscovery sixty years later, and is published here for the first time. The book provides an engaging record of Empson's
reactions to the cultures and artworks he encountered during his travels, and presents experimental theories about Buddhist art that many authorities of today have found to be remarkably prescient. It also casts important new light on Empson's other works, highlighting in particular the affinities of his thinking with that of the religious and philosophical traditions of Asia.

Edited by the global culture historian Rupert Arrowsmith, this edition comes with a comprehensive introduction that makes 'The Face of the Buddha' as accessible to the general reader as it is to the professional scholar, and is fully illustrated throughout with Empson's original photographs.

Studies on the Text of Suetonius' De uita Caesarum Studies on the Text of Suetonius' De uita Caesarum is a companion volume to the critical edition of Suetonius' Lives of the Caesars in the Oxford Classical Texts series, edited by Robert Kaster. It provides detailed insight into the research and textual analysis behind the edition. 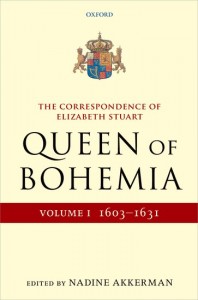 The first complete edition of Elizabeth Stuart's letters ever published. Volume I covers the years between 1603 and 1631: Elizabeth's life as princess and consort, charting her transformation from political ingenue to independent stateswoman.

Words to Comfort, Words to Heal