The Fatimids and Egypt 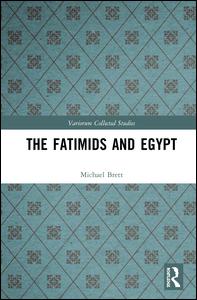 The Fatimids and Egypt

This Variorum volume is a collection of articles dealing with Egypt under the Fatimids, originally published in diverse journals and books between 1984 and 2013. The Fatimids came to power in North Africa in 910 CE, and ruled in Egypt from 969 to 1171 CE.

This Variorum volume is a collection of articles dealing with Egypt under the Fatimids, originally published in diverse journals and books between 1984 and 2013. The Fatimids came to power in North Africa in 910 CE, and ruled in Egypt from 969 to 1171 CE. As Imams and Caliphs, they claimed authority for the faith and the government of the Muslim world. In Egypt and Syria, they both reigned and ruled over the state. In North Africa and Sicily, the Hijaz and latterly the Yemen, they reigned but did not rule. In the rest of the Muslim world, they pursued their aim for recognition, notably through their missionaries active in Iraq and Iran

A core theme is the evolution of the population and its passage from a Coptic to a Muslim majority. Two articles deal with the murderous history of the Wazirs of the Pen before the Armenian Badr al-Jamali began the rule of the Wazirs of the Sword. Four articles deal with the question of Fatimid diplomacy followed by three dealing with Badr al-Jamali and his revival of the dynasty, including his relations with the Yemen, his use of the Coptic church to extend Fatimid influence to Christian Nubia and Ethiopia, and his employment of his military as tax-farmers, creating a system which culminated in the Mamluk regime of the 13th to the 16th century. The final articles concern the Fatimid response to the Crusades which ended with Saladin and the death of the last Imam Caliph, leaving Ismailism to the breakaway sects of the Nizaris in Iran and the Tayyibis in the Yemen. 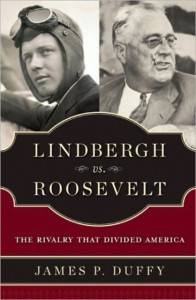 Charles Lindbergh was an American patriot who was subject to one of the most successful smear campaigns in American history. Angered by Lindbergh's criticism, President Roosevelt launched against him a crusade of personal destruction that was eagerly propagated by FDR's supporters throughout the government and media