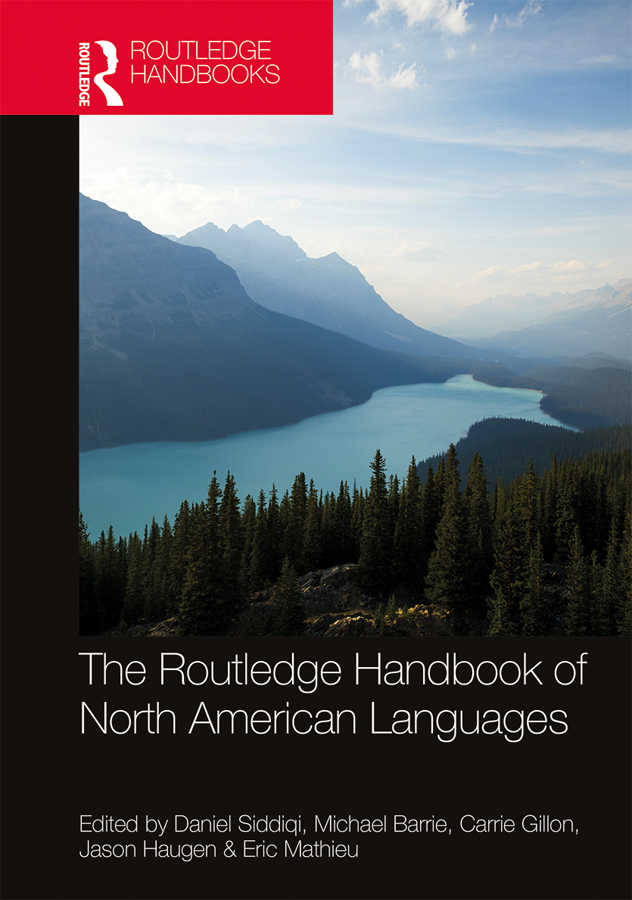 The Routledge Handbook of North American Languages is a one-stop reference for linguists on those topics that come up the most frequently in the study of the languages of North America (including Mexico).

The Routledge Handbook of North American Languages is a one-stop reference for linguists on those topics that come up the most frequently in the study of the languages of North America (including Mexico). This handbook compiles a list of contributors from across many different theories and at different stages of their careers, all of whom are well-known experts in North American languages. The volume comprises two distinct parts: the first surveys some of the phenomena most frequently discussed in the study of North American languages, and the second surveys some of the most frequently discussed language families of North America. The consistent goal of each contribution is to couch the content of the chapter in contemporary theory so that the information is maximally relevant and accessible for a wide range of audiences, including graduate students and young new scholars, and even senior scholars who are looking for a crash course in the topics. Empirically driven chapters provide fundamental knowledge needed to participate in contemporary theoretical discussions of these languages, making this handbook an indispensable resource for linguistics scholars. This volume presents the latest research in linguistic modules and interfaces in Lexical-Functional Grammar. It draws on data from a range of typologically diverse languages, including Arabic, Icelandic, Kelabit, Polish, and Urdu, and will be of interest to all those working on linguistic interfaces from a variety of theoretical standpoints.

The Rise of Digital Repression Advances in artificial intelligence, mass surveillance, disinformation, facial recognition, and censorship are transforming how authoritarian leaders advance their repressive agendas. This is leading to a fundamental reshaping of the relationship between citizen and state.