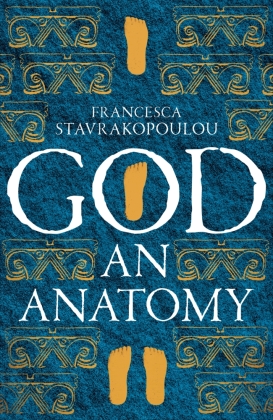 Beautifully written, passionately argued and frequently controversial, God: An Anatomy is cultural history on a grand scale. Three and a half thousand years ago, in the West Asian lands we now call Israel and Palestine, a group of people worshipped a complex pantheon of deities, led by a father god called El Elyon, the Most High.

Three and a half thousand years ago, in the West Asian lands we now call Israel and Palestine, a group of people worshipped a complex pantheon of deities, led by a father god called El Elyon, the Most High. El Elyon had seventy children, each of whom became gods in their own right. One of them was a minor storm deity, known as Yahweh. Yahweh had a body, a wife, children and parents. He fought monsters and mortals. He gorged on food and wine, wrote books, and took walks and naps. But he would become something far larger and far more abstract: the God of the great monotheistic religions.

But as Francesca Stavrakopoulou reveals, God's cultural DNA stretches back centuries before the Bible was written, and persists in the tics and twitches of our own society, whether we are believers or not. The Bible has shaped our ideas about God and religion, but also our cultural preferences about human existence and experience; our concept of time; our attitude to sex and gender; our habits of eating and drinking; our understanding of history. Examining God's body, from his head to his hands, feet and genitals, she shows how the Western idea of God developed. She explores the places and artefacts that shaped our view of this singular God and the ancient religions and societies of the Biblical world. And in doing so she analyses not only the origins of our oldest monotheistic religions, but also the origins of our civilization. As Deva Woodly argues in Reckoning - a sweeping account of the meaning and purpose of the Movement for Black Lives (M4BL) - social movements are necessary for the health and survival of democracy. Drawing from on-the-ground interviews with activists in the movement, Woodly analyzes the emergence of the M4BL, its organizational structure and culture, and its strategies and tactics. The Oxford Handbook of Philosophy of Technology The Oxford Handbook of Philosophy of Technology gives readers a view into this increasingly vital and urgently needed domain of philosophical understanding, offering an in-depth collection of leading and emerging voices in the philosophy of technology.