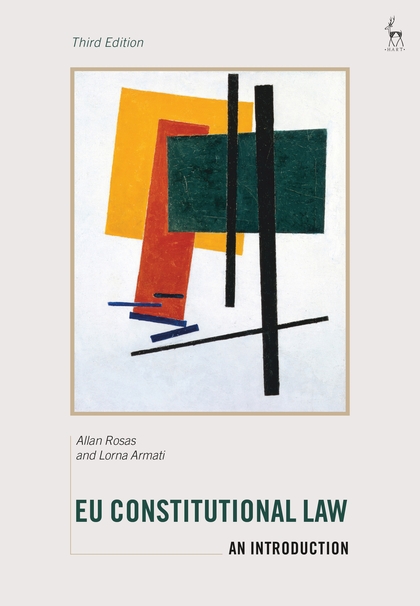 The third revised edition of this acclaimed book brings the story of the EU's constitutional journey up to date. The EU's constitution, composed of a myriad of legal texts, case law and practice, is a moving target subject to continuous change, and the past two years have seen no slacking in the pace of that change.

The third edition of this acclaimed book continues the story of the EU's constitutional journey. The EU's constitution, composed of myriad legal texts, case law and practice, is no less of a moving target than before and the pace of change has, if anything, increased since the publication of the second edition. In a constantly challenging geopolitical context, the EU faces unprecedented political, economic and cultural trials, all of which impact upon the evolution of its constitution. In particular, the migration crisis has given rise to the need for substantial revision of the chapter dealing with the area of freedom, security and justice, and the institutional reforms embarked upon in the quest to restore financial order have taken a more structured form following the inception of a European banking union.

Fully updated to include the ramifications of Brexit, the book succeeds – where others have struggled – in making sense of the EU's complex constitutional order, focusing on its essential features but taking into account the profound changes that have taken place over the past 20 years. The EU has become much more than an internal economic market. Recently it may even be argued that the focus of action has been in areas such as immigration and third-country nationals, security and defence policy, and penal law and procedure, and the work towards creating a European banking union underlines the continued need to monitor economic and fiscal policy.

Eschewing too much detail, the authors underline the essential values, principles and objectives of the integration regime as well as its basic normative structure and hierarchy. In this context, the decentralised nature of the EU is highlighted as an integral part of its constitutional make-up. Recurring themes include European citizenship, fundamental rights and the rule of law. The book also confronts head-on the problems and challenges facing the Union and the gap which is often perceived between lofty ideals and harsh realities.

1. What Constitution? A Rose by Any Other Name

2. An Elephant That Cannot Be Defined? What the EU Is, and Is Not

4. Who Is the Boss? In Search of a Master of the Treaties

5. Looking Past the Trees to See the Wood: Construing a Hierarchy of Norms

6. Into the Estuaries and up the Rivers: Union Law in the National Legal Orders of the Member States

7. A Lot More than Brussels Bureaucrats: The Institutional Framework

8. A Suprematist Composition? Differentiation and Flexibility

9. What Deficit? The EU System of Democracy

12. Broadening Horizons? The Area of Freedom, Security and Justice

14. Building a House by Starting with the Roof ? Economic and Monetary Policy

15. EU External Relations: An Elephant Trumpeting Loud and Clear or a Gaggle of Geese?

16. Covenants of No Strength to Secure A Man At All? Issues of Enforcement and Control

17. The Elephant in the Room? Concluding Remarks