National Geographic's Morocco Adventure Map provides global travelers with the perfect combination of detail and perspective, highlighting hundreds of points of interest and the unique and exotic destinations within the country.

National Geographic's Morocco Adventure Map provides global travelers with the perfect combination of detail and perspective, highlighting hundreds of points of interest and the unique and exotic destinations within the country. This expertly crafted map includes the locations of thousands of cities and towns with an index for easily locating them, plus a clearly marked road network complete with distances and designations for motorways, dual carriageways, major roadways, scenic routes, and more. In addition to typical sites of interest such as World Heritage sites, national parks, mosques, churches, and archeological sites, this map includes Morocco's many casbahs, and marabouts, making it invaluable to travelers hoping to experience the country's rich history and culture. Beaches, yachting harbors, and areas popular for fishing and surfing dot Morocco's extensive Mediterranean and Atlantic coastlines. Other recreational destinations such as ski resorts, golf courses, spas, caves, and oases are included as well.,
,
Morocco's northern half is shown on the front side of the print map and includes the cities of Tangier, Tetouan, Fez, Rabat, Casablanca, and Marrakesh. The reverse side of the map covers the southern portion of the country and includes a large inset map of Western Sahara. ,
,
The Kingdom of Morocco is a part of the Maghreb region of North Africa that includes Tunisia, Algeria, Mauritania, and Libya with which it shares historical, cultural, and linguistic ties. Primarily a nation of farmers, the country is dominated by the Atlas Mountains that separate the fertile coastal regions from the harsh Sahara. These high, rugged mountains helped protect Morocco from colonization until the early 20th century when the French and Spanish brought their influence to the Islamic region. ,
,
Every Adventure Map is printed on durable synthetic paper, making them waterproof, tear-resistant and tough — capable of withstanding the rigors of international travel. World Regional Geography: A Short Introduction is a compact, focused, and affordable book that provides foundational materials with an emphasis on contemporary issues. The crisp text introduces students to the character of world regional geographythe distinctiveness of different parts of the worldbut also the linkages and connections. 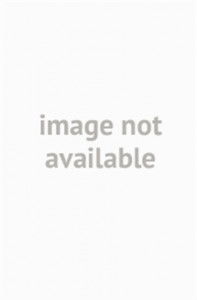 The book draws on the history of economics, literary theory, and the history of science to explore how European travelers like Alexander von Humboldt and their readers, circa 1750-1850, adapted the work of British political economists, such as Adam Smith, to help organize their observations, and, in turn, how political economists used travelers observations in their own analyses.

111 Rooftops in New York That You Must Not Miss

111 Rooftops in New York City That You Must Not Miss is the ultimate guide to NYC rooftop bars, restaurants, farms, sports and cultural events.