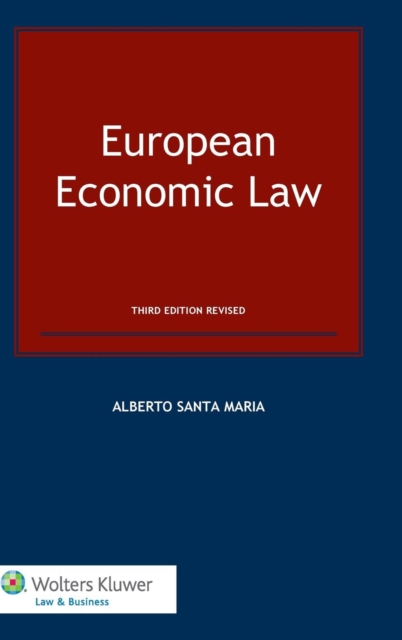 The Third Edition of this well-known book comes only four years after the Second Edition because so much has happened in Europe and the world since 2009 that reviewing international economic and financial issues is certainly appropriate.

The Third Edition of this well-known book comes only four years after the Second Edition because so much has happened in Europe and the world since 2009 that reviewing international economic and financial issues is certainly appropriate. Along with the world crisis, the European monetary crisis has also highlighted the shortcomings in the European structure that seems incapable, in its present complexity, of resolving the apparently intractable problems it confronts. This bookand#8217;s highly respected author is uncompromising: either we have the courage to establish profound, constitutional reforms aimed at renewing the European Union in the collective imagination, or we risk contenting ourselves with merely an economic community with a far-from-ideal single market where all actors, individuals, and enterprises are guaranteed nothing beyond the four basic freedoms.

Emphasizing the complex legal regime affecting undertakings in Europe today, open to the whole world and subject as they are to ever-new situations governed by rules derived from both the EC Treaty and from WTO/GATT obligations, Professor Santa Maria presents a thoroughgoing legal analysis of the prominence of corporate and business enterprises in what many theorists see as the intrinsic and#8216;internationalityand#8217; of social activity in the current era. In the course of its intensive discussion, the book brilliantly disentangles the complex interrelations among a vast array of economic factors, including the following:

The analysis recognizes the propelling role of the European Court of Justice in the development of European economic law and#8211; including the and#8216;proportionaland#8217; exercise of control in the courtand#8217;s recent case-law and#8211; as well as the Commissionand#8217;s responsibility for and#8216;managingand#8217; European trade. European Economic Law stands out from other books on the subject in its unremitting emphasis on rules introduced on the basis of multilateral agreements of an unprecedented reach, within which both States and undertakings are made to recognize and to deal with one another. This is a perspective daunting in its scope and breadth, but one which Professor Santa Maria encompasses in a synthesizing and enlightening way that will be of immeasurable value to all parties with an interest and#8211; academic, juridical, or administrative and#8211; in this very important area of law.