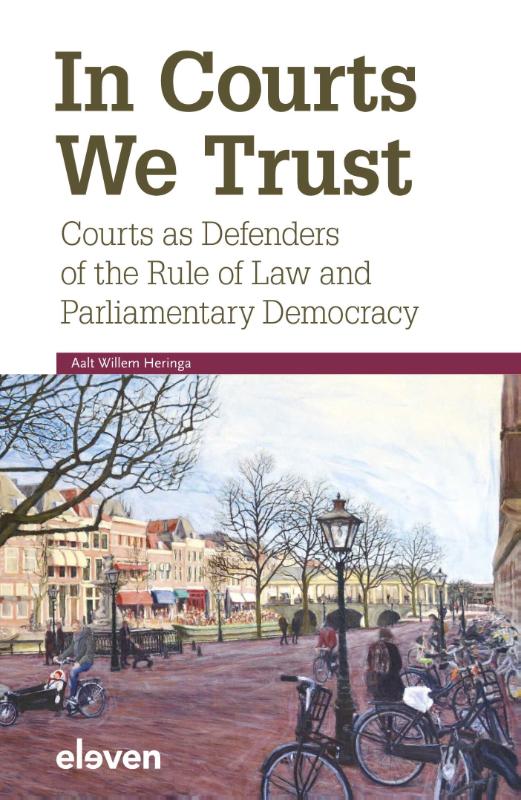 The farewell speech of Prof Dr Mr Aalt Willem Heringa on the occasion of his retirement of Professor of Comparative Constitutional Law at Maastricht University.

Beschrijving In Courts We Trust

In this farewell speech on the occasion of his retirement as Professor of Comparative Constitutional Law at Maastricht University, given in March 2022, Aalt Willem Heringa discusses the too often ignored role of courts as interpreters of statutes. The courts, by checking the (constitutional) quality of statutes, contribute to the rule of law and parliamentary democracy.

Independent courts may add to the confidence in a constitutional and parliamentary system as a whole, by being in a position to decide cases on contentious issues as an authoritative third branch of government. Moreover, courts can also make it visible to all that not only are citizens bound by the law, but that rules and fundamental principles also apply to politicians. Being subject to legal rules is not an indication of weakness, as politicians often want us to believe. On the contrary, it is an expression of strength: the strength of the safeguards for the proper functioning of our political system, which is embedded in the law.

Furthermore, Heringa puts forward proposals on how to embed this essential role and function of courts into the Dutch constitutional order. He also shows how courts are an essential feature that builds trust in the constitutional system, allows for the protection of individual rights and fundamental values and even leads to a strengthening of parliamentary democracy. 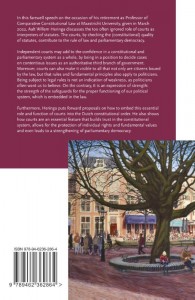