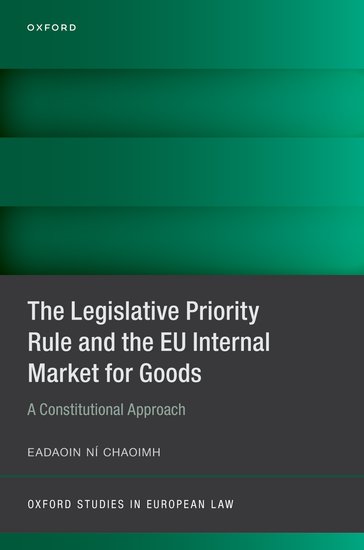 This volume introduces the reader to the Legislative Priority Rule and provides a better understanding of how the European Court of Justice resolves regulatory disputes in the presence of secondary (product) legislation, highlighting both the successes and dangers of its current approach.

The process of integrating the internal market for goods is intrinsically bound up with the question of how to divide and exercise public power without undermining free movement. The founding Treaties allow for this debate to play out by both protecting the free movement of goods and allowing for national regulatory input. The EU legislator is also empowered to resolve persisting tensions in this field between diversity and centralization, market integration and
market regulation, and as regards the question of who decides.

As guarantor of the rule of law, the European Court of Justice must pay heed to such legislative input in a manner that preserves the principle of institutional balance and the hierarchy of norms. To do so, it often relies on the Legislative Priority Rule as its 'constitutional compass'. Founded on the principles of pre-emption and the presumption of constitutionality, this longstanding yet relatively unknown Rule casts exhaustive EU (product) legislation as the Court's sole norm of reference
to resolve regulatory disputes, to the exclusion of Articles 34 - 36 TFEU.

To avoid any resulting normative inversion, EU (product) legislation must be acknowledged as accommodating a more complex vertical distribution of power than what is often assumed. To this end, the book suggests replacing harmonization models with a new framework to better describe and assess the impact of EU legislation, and to facilitate transparent, rational, and Treaty-compliant dispute resolution. 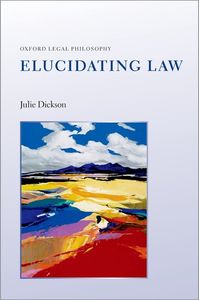