Drama and Ecopolitics in Jacobean Britain 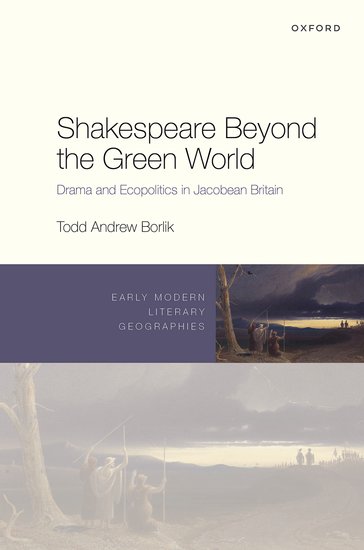 Drama and Ecopolitics in Jacobean Britain

Unpicking the ecopolitics of Shakespeare's plays at the Stuart court, Shakespeare Beyond the Green World establishes that the playwright was remarkably attentive to the environmental issues of his era. As a court dramatist, he designed his plays to captivate a patron deeply involved in both the conservation and exploitation of a burgeoning empire's natural resources. Spurred by James' campaign to unify his kingdoms, the Jacobean Shakespeare ventures beyond
the green and pleasant lowlands of England to chart the wild topographies of an expansionist Great Britain: the blasted heath in Macbeth, the caves and mines of Timon of Athens, the overfished North Sea in Pericles, the Welsh mountains in Cymbeline, the Arctic fur country in The Winter's Tale, the fens in The
Tempest, overcrowded London and empty Ulster in Measure for Measure and Coriolanus, and the night in Antony and Cleopatra and King Lear. While these plays often simulate a monarch's-eye-view of the natural world, they also reveal that Crown policies were fiercely contested from below. In addition to trekking beyond verdant landscapes, Shakespeare Beyond the Green World seeks to mitigate the Anglocentric and anthropocentric bias of the
archive by putting the plays into conversation with texts in which the subaltern wild growls back. Combining deep dives into environmental history with close readings of Shakespearean wordplay, original typography, and original performance conditions, this study re-wilds the Renaissance stage. It spotlights Shakespeare's tendency to humanize beasts and
bestialize allegedly godlike monarchs, debunking fantasies of human exceptionalism. By clarifying how the Jacobean plays expose monarchical dominion as ecological tyranny, this study remains scrupulously historicist while reasserting Shakespearean drama's scorching relevance in the Anthropocene.