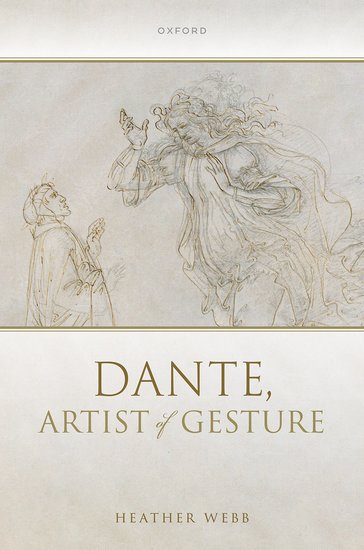 A new approach to reading Dante's La Comedia Divinia through the lens of art history. Dante, Artist of Gesture brings Dante's canonical text into conversation with the visual art of his time to suggest the importance of visual cues to the reading and interpretation of the text itself.

Dante, Artist of Gesture proposes a visual technique for reading Dante's Comedy, suggesting that the reader engages with Dante's striking images of souls as if these images were arranged in an architectural space. Art historians have shown how series of discrete images or scenes in medieval places of worship, such as the mosaics in the Baptistery of San Giovanni in Florence or the frescoes in the Scrovegni Chapel in Padua, establish not only
narrative sequences but also parallelisms between registers, forging links between those registers by the use of colour and gestural forms. Heather Webb takes up those techniques to show that the Comedy likewise invites the reader to make visual links between disparate, non-sequential moments in the text. In other words,
Webb argues that Dante's poem asks readers to view its verbally articulated sequences of images with a set of observational tools that could be acquired from the practice of engaging with and meditating on the bodily depictions of vice and virtue in fresco cycles or programmes of mosaics in places of worship. One of the most inherently visible aspects of the Comedy is the representation of signature gestures of the characters described in each of the realms. This book traces described
gestures and bodily signs across the canticles of the poem to provide a key for identifying affective and devotional itineraries within the text.