A Life in War and Peace 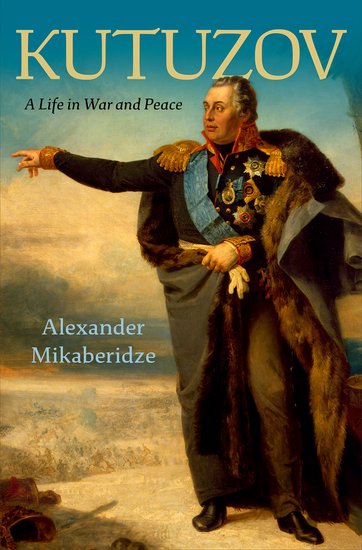 A Life in War and Peace

A full-life portrait of the man Tolstoy immortalized, Stalin lionized, and Russian history has manipulated and mythologized beyond recognition.

Every Russian knows him purely by his patronym. He was the general who triumphed over Napoleons Grande Armée during the Patriotic War of 1812, not merely restoring national pride but securing national identity. Many Russians consider Field Marshal Mikhail Illarionovich Golenischev-Kutuzov the greatest figure of the 19th century, ahead of Pushkin, Tchaikovsky, even Tolstoy himself. Immediately after his death in 1813, Kutuzovs remains were hurried into the pantheon of heroes. Statues of him
rose up across the Russian empire and later the Soviet Union. Over the course of decades and centuries he hardened into legend.

As award-winning author Alexander Mikaberidze shows in this fascinating, often startling, and wholly humanizing new biography, Kutuzovs story is far more compelling and complex than the myths that have encased him. An unabashed imperialist who rose in the ranks through his victories over the Turks and the Poles, Kutuzov was also a realist and a skeptic about military power. When the Russians and their allies were routed by the French at Austerlitz he was openly appalled by the incompetence of
leadership and the sheer waste of life. Over his long careermarked equally by victory and defeat, embrace and ostracism—he grew to despise those whose concept of war had devolved to mindless attack.

Here, at last, is Kutuzov as he really was—a master and survivor of intrigue, moving in and out of royal favor, committed to the welfare of those under his command, and an innovative strategist. When, reluctantly and at the 11th hour, Czar Alexander I called upon him to lead the fight against Napoleons invading army, Kutuzov accomplished what needed to be done not by a heroic charge but by a strategic retreat. Across the generations, portraits of Kutuzov have ranged from hagiography to
dismissal, with Tolstoys portrait of him in War and Peace perhaps the most indelible of all. This immersive biography returns a touchstone figure in Russian history to human scale.